BY most measures, Australia's mining industry can claim to have made significant gains in its bid to create a safer environment for people to work in over the past decade. Yet most Australians still see it as a dangerous place to work. Why? 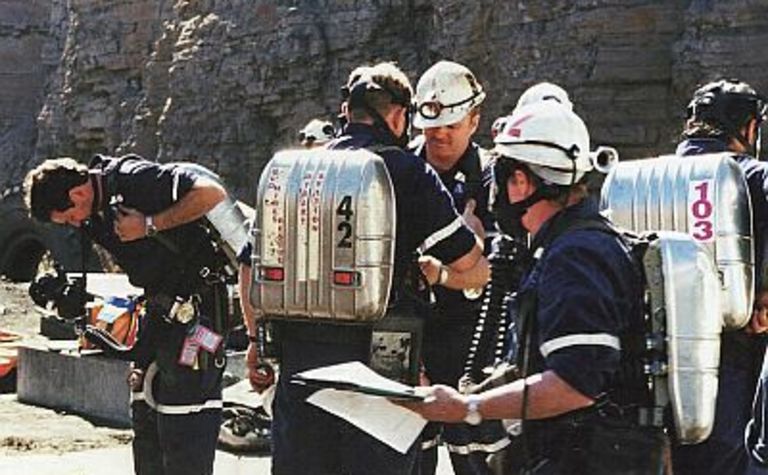 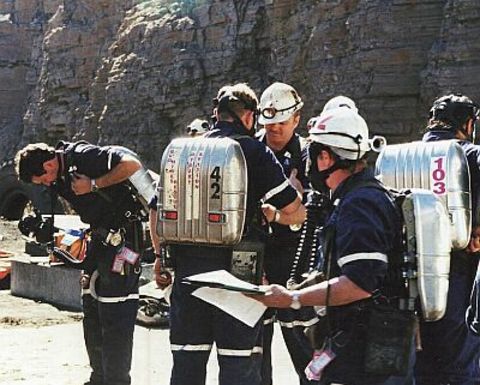 The media surrounding sporadic serious injuries and deaths continues to overshadow statistics which show underlying improvement in the way the industry is managing and measuring safety.

At a time when mining organisations and their members are rightly recognising the damaging effects of poor community perceptions of the mining industry as an employment field – particularly in relation to other alternatives available in a buoyant job market – stories about mine deaths are cutting deeper than usual. They are savage blows to the industry's credibility that it simply cannot afford.

The deaths of three workers in separate incidents at BHP Billiton’s iron ore operations in Western Australia during May took the number of fatalities for 2003-04 to 12, a figure which represents no change on the previous 12-month period, while the lowest the annual toll has ever been is seven, once in 1995-96 and again in 2001-02.

According to safety experts from various parts of the industry, while miners have continued to perish on the job, the improvement in injury statistics over the past few decades has done little to boost the industry’s public image.

“From the workers’ point of view, mining is a dangerous industry, even with the improvements in injury and fatality rates over time,” Australian Workers’ Union spokesperson Jeremy Vermeesch said. “If you’re looking at the past 20 years’ statistics, there have been improvements, but the risk is still there and the systems of risk assessment and hazard management are prone to breaking down.”

“While there has been overall progress in reduction of incidents, our view is that one fatality is too many and that the trends associated with lost time injuries are highly unreliable and mask much higher rates of injury,” she said.

“We’re not comfortable with the level of injuries, we’re very concerned about the performance of the industry over the last period and we think the best way to improve safety is to ensure we have a robust workforce which feels very competent about those issues and management who accept the importance of employee involvement with decisions and establishment of systems in the enforcement of safety.”

Commenting on the most recently published safety figures (for 2002-03), Minerals Council of Australia director of safety and health Rob Rawson noted some positives. “For example, the coal industry reported no fatalities for the period, that’s the first time that’s ever happened,” he said. “And there were certainly fewer injuries and fewer hours lost due to injury.

“But essentially we can’t be happy with any fatality. What we have to work out is what’s the paradigm shift that we have to make to bring it down from around 10 to zero. Safety has come a long way in the past 30 years or so, but it’s still got a long way to go. It’s harder when you get down to where we are.”

Rawson said the industry could take little comfort from the fact that tragic events such as the BHP Billiton deaths often galvanised the efforts of parties working toward the common goal of improving safety at the coalface.

“Those tragic events just reinforce your resolve to make sure it doesn’t happen again,” Rawson said. “It does focus the mind of everyone that’s got responsibilities in this area and it makes us double our efforts.

“Don’t get me wrong, there is no silver bullet solution here. It’s a continual effort. You have to be on the lookout all the time and it’s hard work, day in, day out. If you think you’ve got everything solved and there’s no problems, that’s when you need to worry because you have to be continually looking for opportunities to improve performance. That’s what we’re on about and we clearly haven’t got there yet.”

“There’s no doubt that it is a hazardous industry, but we believe that through the proper use of risk assessment, which is basically built into most systems which are in place in the industry these days, that it doesn’t have to be dangerous.”

Nicole Roocke, executive officer safety and health at the Chamber of Minerals and Energy of Western Australia, said she believed the standard Lost Time Injury Frequency Rate measure did not provide the most meaningful data on mine safety and could be improved upon.

“Looking at the LTI rate, I don’t think it’s a sensitive enough measure to be able to capture the improvements that are happening now,” she said. “What we need to be doing is examining what other mechanisms we can use to provide us with more sensitive information that we can then be basing decisions on.”

Roocke did not believe LTIs should be discarded altogether, but rather used in conjunction with a suite of other measures to provide a more accurate picture. “We should be using things like disabling injury and medical treatment frequency rate because with those we can start having enough significant numbers that we can identify trends with, and we can then start looking at where we need to be putting resources and developing initiatives,” she said.

The AWU's Vermeesch said the mining industry still had some way to go to convert good intentions into cultural differences.

“There is a pattern that we talk about of a book standard of safety where everything is written down to the letter in terms of regulations and processes, but accidents still happen, injuries and fatalities still occur despite the so-called safety culture or behavioural change that the employers have introduced,” he said.

“There’s a strong argument that there is a corporate pathology at work in mining where despite having the high standards of safety processes in place theoretically, in practice something’s going wrong. We believe in some cases this can be linked to the push for higher productivity with unrealistic time deadlines.

“We do think the zero fatalities goal is achievable. We can put men on the moon and bring them back safely, we can send out troops to Iraq without any fatalities. It is possible to...click here to read on.