A NEW review of training needs in the Queensland mining industry has highlighted the enormous cost to mines of short-term thinking and planning.

Queensland's mining industry has reached a crossroads and must embrace new ways to plan for its workforce needs or face a dangerous shortage of skilled workers.

This was the message from Queensland Mining Industry Training Advisory Body project officer Les Young after the board released the results of its Shaping the Future study.

Young said the study, the first of its type produced in the state, aimed to provide a comprehensive picture of Queensland mining industry work practices and recruitment needs.

The survey highlighted the threat to the continued viability of the Queensland industry by a number of issues familiar to the entire Australian mining industry, including an ageing workforce and high staff turnover at some of the state's key mining operations. Staff turnover levels varied across the state's numerous metalliferous mines, with one operation claiming it experienced a 50-60% turnover. The current “lag time” on minesites for job vacancies to be filled was 3-7 months. Staff turnover was costing some mines up to $14 million per year.

Young said the research phase of the project had shown one operation was experiencing difficulty filling 40 vacancies for skilled diesel fitters, despite offering $110,000 annual salaries.

"What this study has shown us is that some of these mines are failing to adequately plan for short and long term staffing requirements," he said.

"There is a significant shortage in both trade and non-trade workers on minesites, we are lacking people like engineers, mining chemical surveyors, trained metallurgists and surveyors right across the industry."

According to Young, the skills shortage was perpetuated by the industry's inability to formulate a long-term plan to remedy the situation.

"Many industry people thought that a streamlined training system such as the introduction of equipment simulators etc, would eliminate the problem," he said.

"However, as with many research projects, the outcome rarely aligns to initial expectations. Following face-to-face interviews at minesites across the state, we began to define and understand the real problem.

A further pressing issue facing minesites was the transportability of skills from minesite to minesite, and the cost of reproving. "It seems ridiculous that skills aren’t transportable and aren’t recognised across minesites," Young said.

He said feedback from the survey indicated minesites were spending as much as 100% of an annual salary to replace a worker, with that figure increasing by a further 50% to train the replacement to a desired level. "That means it costs between $120,000 and $160,000 to replace an $80,000 position," Young said.

"Issues such as a lack of fatigue management, human resources planning, management and supervisory skills have been identified as some of the issues in relation to skills shortages."

With the results of the survey now made public, Young said the QMITAB's focus had turned to its regional capability project, designed to arrest the disturbing trends identified in Shaping the Future. This project is expected to run for two years and Young said it had been touted as a potential model to overhaul work practices in other industries in the state.

“Our aim with this new project is to streamline the workforce infrastructure in the region and at sites, creating a staffing vacuum,” he said.

“Availability of skills, skills available locally, means savings for the local economies and the outcome being that the money available to regions is spent on the needs of the region.”

Over the 10-year life of mine Boab expects to generate about $2 billion in sales. 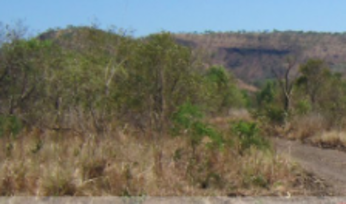 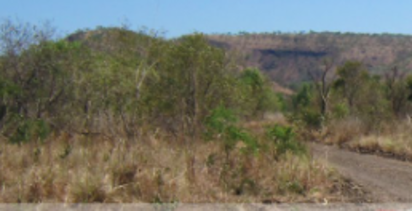