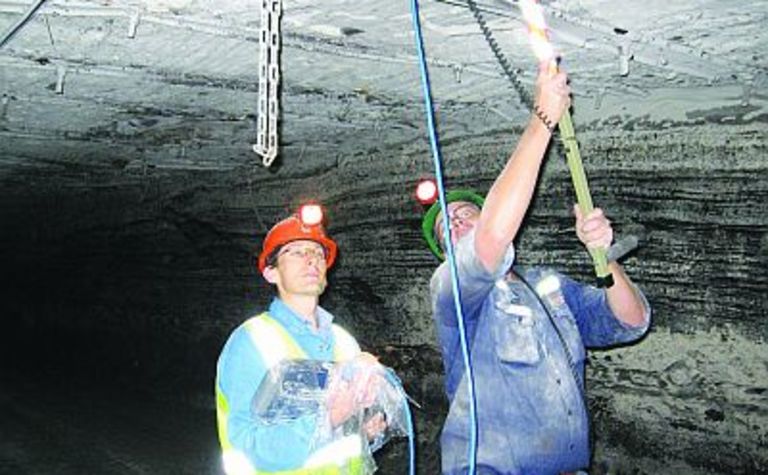 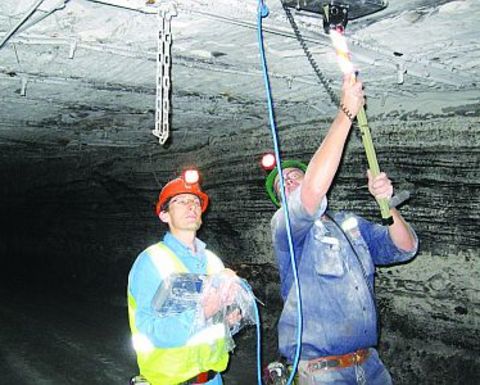 CSIRO’s longstanding involvement with the use of Ground Penetrating Radar (GPR) for mining applications began more than a decade ago with the first successful use of a radar unit for coal-rock interface detection on a longwall shearer. In recent years, this technology has experienced a resurgence in the Mining ICT and Automation group at CSIRO’s Queensland Centre for Advanced Technology (QCAT) in Brisbane.

GPR is an emergent technology that has been successfully demonstrated as a sensor that can “see through the ground”. It has the potential to aid horizon control and roadway stability in longwall operations.

Back in the 1990s, some pioneering efforts were made that demonstrated the underlying feasibility of radar for sub-surface imaging.

Australian company Georadar Research developed a prototype radar-sensing system back in 1991 for a surface miner that demonstrated the potential of radar for monitoring fluctuations in the coal/parting interfaces in real-time.

The aim was to provide a new means to assist operators in machine guidance to improve mining efficiency.

In 1996, CSIRO built a GPR and demonstrated its use on a longwall shearer at Dartbrook, New South Wales, to evaluate the capability for sensing the coal/rock interface as a precursor for horizon control.

Although the technology showed great potential, work was not taken further at that time largely due to the lack of automated processing and interpretation capabilities.

Now CSIRO senior research engineer Dr Jonathon Ralston has picked the technology back up and believes that it is GPR’s time.

“CSIRO have steadily continued developments in radar and now believe they have the right combination of people with the necessary expertise in geological, radar, system development, and mining to deliver a mature technology to the Australian industry,” Ralston said.

GPR has gone from analogue to digital, has increased its accuracy and sensitivity and now comes in a more compact form.

The required expertise, together with close industry links, according to Ralston, provides the necessary ingredients to successfully deliver the key “missing” components required to transition the research and development into a practical form.

This involves taking raw radar data and turning it into meaningful information for the industry to use.

The two main areas that CSIRO Mining ICT and Automation group are working towards in GPR will provide a step-change in selective mining capabilities as well as offer new technologies for roadway sub-surface examination.

Mining operations are forever facing the challenge of needing to reliably locate and define the coal/parting interfaces to achieve optimal coal extraction. This task is particularly difficult when extraction is being undertaken in areas of thin, multiple coal seams.

Without detailed coal/parting seam information, personnel must rely on their expertise to make the best judgement for resource recovery. According to Ralston, these approaches are often reactive in nature and so the overall extracted coal can be highly susceptible to grade variation.

Ralston said once developed, the GPR-based sensor would have the immediate benefits of increasing the quality of extracted coal by minimising contamination through enhanced resource definition, and increasing the proportion of coal recovered from a given seam.

“GPR has huge potential in longwalls for measuring the properties of the seam for much improved horizon control,” Ralston said.

In addition to productivity-based applications of GPR in selective mining, CSIRO is also researching the use of GPR for assessing sub-surface structures in roadways as part of an ongoing ACARP project. Here GPR can potentially play a significant role in productivity and safety.

“You don’t always know what is going on in the roof, but if you could see details of the hidden geological structures using a GPR, you would be able to get your bolting pattern right. You could also continue to monitor the stability of the roof after bolting,” Ralston said.