UNIVERSITY of Queensland researchers are looking to form a joint venture with Germanys RWTH Aachen University to further develop geosequestration.

“The aim is to investigate further technology improvements by injection of the whole flue gas stream, composed of some 13% CO2 and 87% nitrogen, into deep coal seams in Queensland and north Germany and abandoned underground coal mines of North Rhine-Westfalia,” principal researcher Dr Paul Massarotto said.

“In Queensland, both the Surat Basin-Walloons and the Bowen Basin-Rangal and Bandana coal measures will be investigated for this potentially-optimum geosequestration path, as it can do away with the capture costs which are some 75% to 80% of a total project, partly replaced by higher compression costs.”

He said Queensland had a vibrant coal seam gas industry that has already defined vast resources with a current potential to sequester over 3.7 Giga tonnes of carbon dioxide.

“This sequestration capacity is equivalent to over 56 years of CO2 emissions from Queensland’s current and future planned coal-fired power plants to 2020,” he said.

The proposed joint venture follows on from research into geosequestration cost-reduction technology supported by an ARC-Linkage grant and six Australian and international organisations.

Improving the accessibility of hyperspectral imaging is a particular focus. 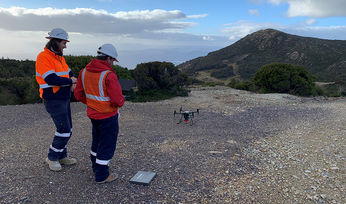 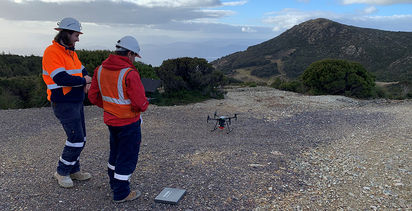