The art of extraction

AUSTRALIAN companies are showing a growing panache for entering geopolitical hotspots in the search for wealth, but unfortunately this could have increasingly dire consequences for the workers of said companies.

Africa in particular is becoming more of a kidnap for cash ransom hot spot, according to worldwide security risk firm Unity Resources.

“The shift we’re seeing is from the traditional areas of Latin America across to Africa, the Middle East, and Asia,” according to intelligence analyst Paul Allum, who was presenting in Perth earlier this week in conjunction with Perth-based think-tank Future Directions International.

“In a worrying development, kidnap for ransom is on the rise on the African continent,” he said.

In 2002 the Africa accounted for about 2% of kidnaps globally. Statistics in 2012 showed it accounted for just over 30% of global kidnapping incidents.

Piracy on both Africa’s east and west coasts is also on the rise, with oil and gas worker most likely to be abducted at sea and held for ransom.

Nigeria has the lion’s share of kidnapping cases, recording 25% of all global kidnap for ransom cases so far in 2013 and 60% of incidents on the African continent.

“Nigeria’s spiralling security crisis, its government’s shortcomings in dealing with Boko Haram … is leading to an explosion in kidnapping events,” Allum said.

However, Unity is tipping a rise in other African nations as Islamic militant groups make their presence known across the continent.

“Elsewhere in Africa we’re looking at Mali with the ongoing Al-Qaeda threat, and in southern Somalia and Kenya we can see African Union forces pushing out Al-Shabaab of Mogadishu we’ve seen an increase in violence in the south of Somalia,” Allum said.

However, the threat is not just confined to one or two nations in Africa. It is on the increase elsewhere too.

“In these regions there is growing wealth disparity with much of the wealth in the hands of large, multi-national corporations, so there’s a real risk for businesses operating in developing countries.”

Poor governance plus an influx of wealth tends to create all sorts of problems, one of which is the threat of employees, or the family of employees being kidnapped.

Allum and Unity Group advise companies going into potential kidnap hotspots to do risk analysis and have a plan in the case of kidnapping, which can go a long way to avoiding some of the pitfalls companies can fall into when negotiating a hostage’s release.

“I always say that I would much rather negotiate for someone’s life than buy a car,” Unity Group’s vice president of crisis management Simon Baker said.

“If there’s a financial ransom kidnaping, especially if there’s only one victim, then there’s also only one buyer and one seller,” he said.

“So they can’t actually sell to anybody else. There’s nobody else who will do it. So relatively speaking it’s quite straight-forward.”

Baker said that, as with any business transaction, knowledge was power, and going into a negotiation without knowledge of kidnappers’ tactics and even the market rate for ransoms in a particular area was not a great negotiating strategy.

Putting aside questions over over-paying for the life of an employee, bad negotiation could make a company a target in the future.

“You really need to understand the way they operate because if you start offering money right outside the market rate, you are going to be an attractive target in the future,” Baker said.

“But if you offer too little, you’re placing your employee or family member at risk.”

Suffice to say there is a lot to think about.

Baker said one of the common mistakes made by those who get “the phone call” is to not insist on proof of life.

He said he once came across a case where a family member was tricked into releasing ransom cash, even though the kidnap victim was not actually kidnapped.

The worker had gone to the local cinema for the day, and outside a man had set up purporting to be running an iPad giveaway. So the worker handed the man his details to go into the draw.

The man then called the workers’ family, describing what the worker was wearing that day.

When the family tried to call their loved one, they found that his phone was off, as the worker had switched it off while going into the movie.

That combined with the threat meant the family were very quick to get all their jewellery and cash and deliver it to a drop off point, where they promised their loved one would be delivered a couple of hours later.

Imagine their surprise when the worker called them just an hour later telling them how good the movie was.

Getting proof of life is vital as the first step, and asking personal questions about the victim is a great way of doing that, according to Baker.

Asking questions such as the name of the victim’s first pet is a good start. Hopefully the question will be complicated enough so it cannot be guessed, but not so complicated that the victim cannot actually answer it.

Baker said assuming there was proof of life the kidnappers only really had a limited set of negotiation tools.

“But of course you’re negotiating through duress, and they are going to make threats, threats to kill the victim but we know that’s baseless if there’s one victim as if they kill the victim they get no money,” he said.

“There are different types of threats they can make. Of course our job is to assess the validity of those threats.”

The classic threats involve chopping off a finger at midnight, and figuring out whether those threats are real or not is where Unity comes in. It has extensively researched methods and the modus operandi of kidnappers around the world.

“Of course the worst thing you can do if you’re sure the threat is hollow is to reward that threat,” Baker said.

“Because if you increase the offer, what are they doing to do?

“They’re going to make further threats, because they know it works.”

Another tactic they can use is silence, playing on the fact people will tend to fill a void with their worries and insecurities and, again, risk rewarding that silence with an unprompted increased offer.

Once a release has been negotiated and a price agreed upon, then the real worry kicks in.

Baker said to watch for a change of attitude from the kidnappers.

Once a negotiation had concluded, he said, kidnappers often became friendlier.

If they do not, then there is cause for concern.

“If you get to a deal and the mood is still aggressive, then have you really got a deal or are they trying to pull a double?” Baker asked.

“That’s where you come to an agreement, you pay the money, they don’t release the prisoner and then they say ‘thank you very much for the down-payment’

“When you do get a release, you want final proof of life.”

Baker also said not to expect a simultaneous exchange of money and prisoner.

“They want to take that money, count it, divide it amongst themselves and make sure that’s all safe,” he said.

“At this stage you’re trusting people that you really can’t trust, and that’s quite a nervous wait.

“The release can range from hours to days to weeks in some cases.”

Baker said throughout the whole process, the most important tool companies can have in their locker is research, which is where Unity comes in.

The group, an offshoot of insurance group HCC Insurance, researches all the latest trends in kidnapping across the globe so their clients can be better served when it comes to negotiation.

It too is warning Australian companies to be prepared for the possibility that their workers may be kidnapped while working in remote areas in dangerous but potentially lucrative locales. 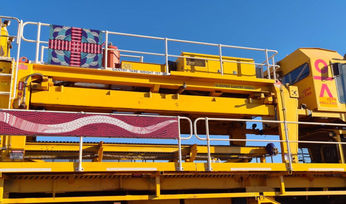 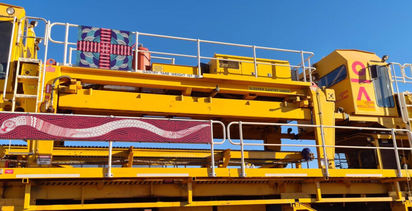