A PROMINENT resources lawyer warns it will not be all smooth sailing back to normality for Indonesia despite the positive noises it has made about peeling back some mining reforms proposed over the past year that have scared away foreign investment.

Clifford Chance counsel Robyn Glindemann said while Indonesia had already started the ball rolling to reverse its negative reputation around sovereign risk, the way its bureaucracy had evolved in recent years could make it problematic to implement such reforms.

“There are a lot of large western companies in Indonesia,” she told MiningNewsPremium.

“The nationalistic approach it has taken to its resources management and the risks are well known.

“[AIM-listed] Churchill Mining is waiting on its arbitration jurisdiction argument at the moment because it lost its coal licence.”

Glindemann said while Indonesia was incredibly resource-rich and a relatively stable democracy, she warned it was “incredibly difficult to control and manage”

Indonesia is also at the mercy of its geography, in the sense that it is not an island but an archipelago.

“Even though the Indonesian constitution says the state has absolute control over the resources, enforcing that is another thing entirely when you have regional and local governments who are on individual islands and can do whatever they like,” she added.

“Then you have the ethnic and cultural differences in different areas, which need to be handled.”

With issues around having the licences in place, having the divestment requirement after 10 years of production, the export tax and domestic allocation requirements for coal and ore, Indonesia now has a problem economically.

“Now they realise they need to change economic restrictions to free up exports and get the balance of trade right,” Glindemann said.

“The difficulty is that what they say they’re going to do and what they’ll actually do are going to be two totally different things, even with a new government [after the 2014 elections].

“When they say they they’re going to ‘relax’ the 51% requirement, are they going to kill the regulation stone dead or are they just going to not enforce it? Because they don’t enforce things now.

“If they relax it by simply not enforcing it, the law is still there, so what’s to stop it being enforced five years down the track when the balance of trade is back?

“If they kill it stone dead, how are they going to do that, because it’s not just that regulation that’s the problem.

“If they just repeal that regulation – assuming the regional governments agree with it – then what about all the other regulations that will be utilised – that’s happened in the past where they don’t enforce but they’ll use everything else.

“The issue is that there are a suite of regulations that apply and repealing or not enforcing one of them will not necessarily change anything.

“Then you’ve got all the legacy contracts, everything that’s in place right now: if the law is not being enforced but still technically alive, then you might find some of the regional governments trying to enforce it, which means there is a lack of uniformity, which creates uncertainty for foreign investment.”

So while the news coming out of Indonesia of late is an encouraging sign, exactly when and how that’s going to happen appears to remain a conundrum – and is affected by factors both within and beyond Indonesia’s control.

“To be fair, it is a complex democracy with complex geography and their record of corruption is not great,” Glindemann said of Indonesia.

“The GFC and the Asian financial crisis caused a lot of problems. In the late 2000s we saw a lot of litigation as governments tried to respond to that and maintain foreign investment.

“There is absolutely nothing wrong with countries wanting to generate domestic processing industries – Western Australia has been trying for years.

“It’s the flexibility and the relaxedness of those rules that creates the problem.

“And even if you’ve got contracts and licences granted, they can be taken away – as Churchill Mining found out.” 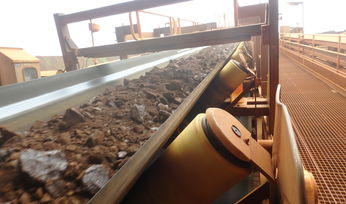 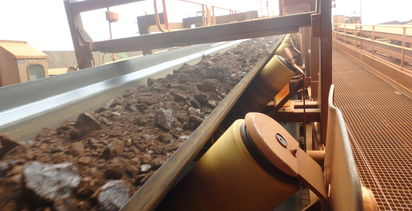