A SERIES of legal decisions has come at the perfect time for VDM Group, lifting its financial position by $A4 million as an ongoing recapitalisation plan attempts to keep the company from going into administration.

VDM Group was awarded the funds after several successful adjudication determinations, which in turn followed the outlining of a financing proposal in late October including an unsecured loan facility of up to $4 million from cornerstone investor H&H Holdings Australia.

The binding terms sheet with H&H represents part of a multifaceted recapitalisation plan to maintain VDM’s solvency in the wake of a contract dispute earlier this year which resulted in VDM being removed form a project site.

VDM is planning to repay creditors related to BHP Billiton’s Jimblebar iron ore mine in Western Australia via a rights issue and share conversion process which must be approved by VDM shareholders at an annual general meeting scheduled for November 29.

VDM has confirmed that without shareholder approval at the meeting, it may have no option other than to go into voluntary administration.

Under the terms sheet with H&H, VDM will grant a general security to H&H in respect of the $4 million loan facility which may be subject to approval of the Treasurer.

The proposal to repay the Jimblebar creditors includes 35% of the debt being converted into shares at a value of 0.1c each to take place prior to a rights issue in which the creditors will have the right to participate.

The remaining 20% of the debt has already been paid.

Provided that shareholders ratify each of these proposals, an additional pro-rata entitlement offer has been proposed to VDM shareholders to subscribe for shares at a price of 0.01c each in an effort to raise at least $9.2 million.

Pursuant to the issue, H&H has agreed to apply for $4 million of shares through subscribing, and if required, by underwriting the rights issue.

It will have a minimum subscription of $5 million and will be made during December if the shareholder resolutions are passed regarding the other financial proposals at the November 29 meeting.

As part of the financing proposal Barry Nazer and Richard Mickle have agreed to resign as directors with effect from the end of the meeting.

VDM shares fell off 11.1% yesterday afternoon after the company announced the award of $4 million and stood this morning at 0.08c.

Some of the risks lurking in WA's abandoned mines include poison gas, snakes and dangerous tunnels. 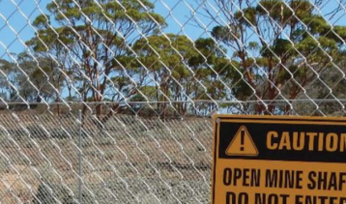 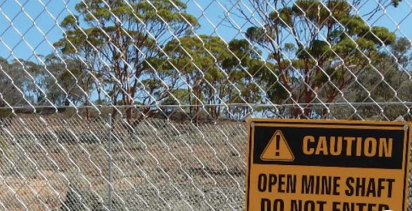