EQUIPMENT producer Joy Global says the appointment of Edward Doheny II as president and CEO is now official, the same day as the resignation of CEO Michael Sutherlin was made official.

The succession plan was first announced in March, with Sutherlin still on track for his expected retirement on February 1.

Doheny will also serve on Joy’s board of directors after being elected on December 3.

Additionally, the OEM said that Randal Baker has been tapped for its new position of chief operating officer, in which he will oversee of both the surface mining equipment and underground mining equipment divisions.

Baker was previously president and chief operating officer of the surface mining arm, a seat he had held since 2009.

“Ted is committed to building the future direction of Joy Global around the key strategies that have made Joy Global a leading performer in the industry, including product leadership, direct service and enhanced customer partnerships,” board chairman John Nils Hanson said.

“I also am pleased to announce the [election of] Randy Baker as chief operating officer of the company. Randy will lead the implementation of our strategy across all our product lines and regions.”

He also thanked Sutherlin for his leadership over the last 10 year; the exec first joined Joy in 2003.

“Mike led our business through significant periods of growth and profitability,” he said.

“Mike's leadership also attracted, retained and developed strong senior executives such as Ted and Randy, whose industry knowledge and track record gave the Board great comfort in planning for an orderly leadership transition process." 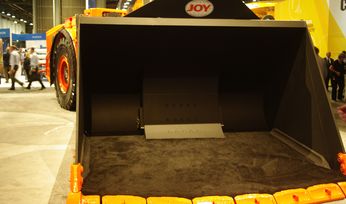 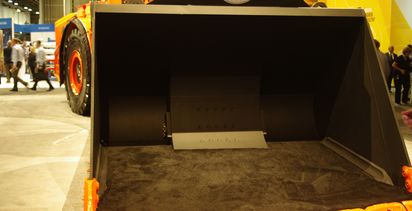 Joy down even more