US year in review: January-March fatalities

WITH mere hours remaining in 2013, the US had recorded 20 fatalities in the nation’s coal mines for the year – a number that could be marked as a safety milestone but also a point of motivation for continued work on the industry’s road to zero.

One unnerving fact – we were not off to a good start, with eight of the 20 coal deaths recorded in the first quarter of the year.

January was quiet until the last week of the month, when coal saw its first fatal accident – a surface death – at T&T Energy’s Begley Resources No 1 mine in Kentucky on January 26.

Welder Jerry Watts, 52, was the victim in the Leslie County machinery incident.

Watts was doing welding work on a liner of a Caterpillar D10 dozer blade when a jack slipped and the liner struck Watts in the head, according to state officials.

As alarming as the first death was, what followed compounded that feeling as a staggering five miners lost their lives in mines during the month of February.

Four of the five occurred in West Virginia, the fifth was marked in Illinois.

The first, on February 6, occurred at the Midland Trail Energy Five Mile prep plant in Kanawha County and involved a hydraulic belt that burst on a belt press.

One day later at Pocahontas Coal’s Affinity mine, 43-year-old Edward Finney, a utility man, was on the deck of a scoop as two miners were unloading trash from the metal scoop bucket insert onto the hoist for removal from the mine.

The scoop bucket was positioned over the hoist deck and the hoist suddenly elevated, causing the scoop to lift up.

The two miners who were unloading the trash were able to run to safety but the victim was crushed beneath the unit.

By the early part of the following week, another miner had lost his life at a northern West Virginia operation in a powered haulage incident.

Labourer Glen Clutter, 51, was initially injured at about 9.40am on February 12 at Consol Energy’s Loveridge operation while a crew was moving longwall parts with four shield carriers.

The workers, who were in the process of putting one of the shield carriers back on the track, had placed an air bag under two of the carriers but the bag didn’t raise the carriers high enough.

Federal officials said the victim used a slate bar to try to move the flange off the wheel over the top of the rail but the load shifted/popped back, causing the bar to fly back and hit the victim on the head.

Clutter died from his injuries at about 3.30pm on February 14, two days after the event.

One February 13, 28-year-old Illinois miner Timothy Chamness, a continuous miner operator at Knight Hawk Coal’s Prairie Eagle South operation in Cutler, Perry County, died when he was pinned between the tail of the CM and the coal rib while mining at the face area of the mine’s no 1 entry of the third north section.

The incident was classified by Mine Safety and Health Administration officials as a machinery death.

Back in West Virginia and just days later, bad news would again be heard – along with a very familiar mine name.

On the evening of February 19, again at Pocahontas Coal’s Affinity mine, shuttle car operator John Myles, 44, was killed after being hit by a scoop as he was shovelling coal ribs.

Myles had four years experience as a miner and had worked at Affinity for 14 months prior to the incident.

He was unconscious following the event but later died at a local medical facility.

Following the second death at its mine, owner Metinvest BV implemented comprehensive safety retraining for its miners.

Operator United Coal safety vice president Rick Waddell told media outlets that the loss of two of the company’s men in two separate accidents was devastating to its entire crew.

While Waddell did not detail the mine’s specific plans, he indicated that the Tennessee-based operator was encouraging miners to conduct constructive and frank discussions of the incidents that had occurred with United’s senior management crew.

As February flowed into March, the industry entered the final stretch of its first quarter and two more fatalities would unfortunately be recorded, one in West Virginia and one in Utah – both underground.

On March 13 and at another Patriot Coal operation, Peerless Rachel in Boone County, roof bolter and 40-year mining veteran Asa Fitzpatrick, 63, was crushed by roof rock as he was preparing to install a bolt.

MSHA said the rock’s dimensions were daunting at 6 feet by 5.5ft and about 5 inches thick on average.

Fitzpatrick had worked at Peerless Rachel for 41 weeks when he died.

While it certainly would not be the last death US coal would see in 2013, the final death of the quarter was marked on March 22 at Castle Valley Mining’s No. 4 operation in central Utah.

Worker Elam Jones, 28, died and a second worker was injured at the Rhino Energy complex when a rock fall occurred while crews were pillaring.

The fallen rock was estimated to be 10ft by 10ft and about 22in thick.

Check back on ILN the remainder of this week as we review the other fatal incidents that took the lives of US miners in 2013. 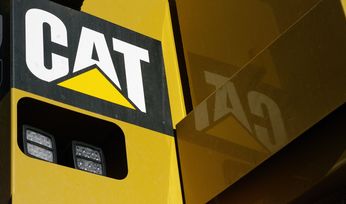 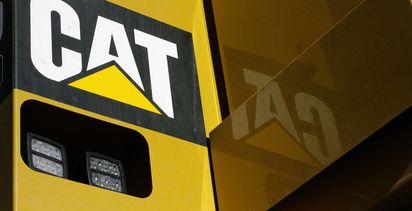