NORTH American energy and resources chief financial officers have worse expectations than CFOs in other industries, according to recent Deloitte survey findings.

As part of the recently released March quarter CFO Signals results, the energy and resources CFOs had the lowest earnings growth expectations, coming at 4.1% compared to manufacturing industry CFOs who trumped the category with their hopes of 10.1% growth.

The energy and resources CFOs were also in the bottom two spots out of eight industry fields for their sales growth and “domestic personnel growth” expectations for the next 12 months – with a negative 0.3% score in the latter category suggesting that some job cuts were ahead.

These CFOs were not in the bottom rungs for their capital spending growth forecasts, which were tipped to grow 2.7% over the next year – perhaps not surprising especially given the operational expenses in North America’s shale sector.

With big oil companies still continuing big cost-cutting campaigns, the energy and resources CFOs did lead the pack in terms of expecting a substantial divestment over the next 12 months, with 23% of them predicting this would occur.

It compared to 15% who felt that way out of the total 109 CFOs who took part in the survey.

According to the Houston Chronicle the survey included the views of 13 purely energy-related CFOs.

Deloitte US oil and gas audit leader Paul Horak told the newspaper that energy companies were facing low gas and flat oil prices at a time they were “spending big”.

“Revenue is not on the upswing, costs have gone up generally and therefore, margins have been squeezed,” Horak reportedly said. 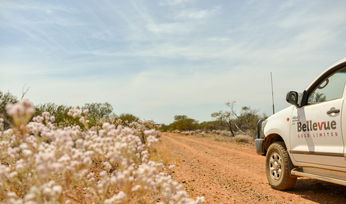