TFR has allocated R40 billion for the construction of the line, which will link up to existing rail lines to transport coal from Botswana to South Africa.

The coal will be consumed in Eskom power stations or exported to the international markets.

Feasibility studies are in the final stages and construction is due to start in 2015.

The line will be designed with a carrying capacity of 40-80 million tonnes per annum.

Similarly, a bilateral agreement between the governments of Namibia and Botswana for the construction of the 1500km heavyÃ¢€Âhaul TransÃ¢€ÂKalahari Railway was signed at a ceremony in Walvis Bay on March 20.

The signing was attended by delegates from both governments, investors and representatives of the business sector.

The estimated cost of the project is approximately 100 billion Namibian dollars ($A10 billion) and construction work is expected to take five years.

As part of the development, the Walvis Bay commodity terminal will be built with an annual capacity of 65Mtpa.

The development of the two heavyÃ¢€Âhaul freight corridors will complement the two existing CapeÃ¢€Âgauge corridors that are available for the export of coal from Botswana.

Stantec sees Australia as a key geographic area for growth. 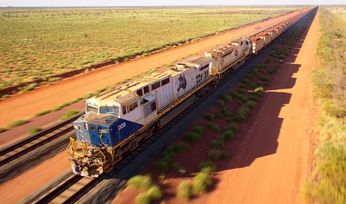