The PricewaterhouseCoopers study examines trends in the financial performance of the industry, based on a review of 30 of the largest listed mining companies. Its latest research picks up on many of the themes explored in a 2003 publication, “Digging deeper – managing value and reporting in the mining industry”. The earlier survey highlighted some significant gaps between what companies were reporting and what stakeholders perceived to be important.

The new study revisited these areas and found there was still scope for increased transparency in areas such as mineral reserves, hedging and environmental obligations. Overall, the financial report card for the industry is healthier than it has been for some years. The trick now is sustaining it, even in the downward dip of the commodity cycle.

In March 2003 the global mining industry had a market capitalisation of $US390 billion, almost double the level of 18 months prior. A rally in the gold price followed by base metal price rises were major contributors to the upsurge, with traded metal prices showing a consistent upward trend.

An 18% increase in mining industry revenue to $US110 billion in 2003 was attributed to commodity price and production increases, the latter driven by demand, particularly from China. Importantly, the aggregate net profit of mining companies almost doubled in 2003, up to 10.4% from 6.3% in 2002.

“This is great news for an industry that has generated poor returns for many years,” the report said. “Even for 2003, the returns are not spectacular. However, it is encouraging to see an improvement and the industry has an opportunity to move past this in 2004 and beyond.”

Industry consolidation over the past five years has dramatically changed its structure with the top three companies - BHP, Rio Tinto and Anglo American – remaining intact, but with different asset holdings and increased market capitalisation.

Most of the 30 companies were impacted by a weaker US dollar, particularly those with costs in Australian and Canadian dollars as well as the South African rand.

PricewaterhouseCoopers said the use of derivative instruments to hedge commodity, currency and interest rate risk could be complex and difficult for investors to understand. Even when the information was clearly disclosed the values didn’t reflect changes in commodity prices, interest rates or exchange rates. Greater transparency in hedging strategies was suggested.

“Digging deeper” identified the importance of disclosing cash costs. However, only half the companies analysed disclosed cash costs. The report pointed out some mining companies were too heavily focused on cash costs with return on capital employed needing greater emphasis.

As expected, governments profited from the industry turnaround with corporate income taxes increasing by $US1.7 billion to $US4.1 billion in 2003. However, the effective tax rate for the industry decreased by 3% to 26% in 2003.

The report warned cash-strapped governments might be tempted to take advantage of any mining boom, by introducing schemes such as new royalty regimes, which could have a damaging impact on future capital investment.

Another highlight was a 21% increase in capital expenditure during 2003 to $US13.7 billion, partly in response to higher commodity prices and better access to capital. PricewaterhouseCoopers urged caution on rapid expansion that increased production to the point where it outstripped demand.

“History has shown us that bringing too much new production on stream in response to such a favourable environment has exacerbated the start of the decline of the global cycle,” it said.

The five top-performing companies for total shareholder return (TSR) in the year to March 2004 were Grupo Mexico, Phelps Dodge, Freeport, Xstrata and Teck Cominco. PricewaterhouseCoopers noted each of the companies had a significant copper base.

A big tick was given in the area of health and safety with Australia recording the lowest Fatality Injury Frequency Rate (FIFR – the number of fatal injures per one million man hours worked) of 0.03. Canada recorded 0.21, South Africa 0.34 and the US 0.13. China was a notable exception with its fatality rate per million tons of coal produced for the first half of 2003, 40,000 times higher than the US or Australia.

The report pointed out that while company executives rated health and safety as very important in delivering value, investors and analysts placed little importance on them as value drivers.

On the reporting of mineral reserves and resources PricewaterhouseCoopers found improvements could be made by increasing transparency. Assumptions used to derive estimated tonnages were rarely disclosed which hampered the ability of investors to interpret data properly.

“A great opportunity exists for companies to capture more shareholder value by increasing transparency in this area,” the report said.

Exploration benefited from the industry’s bullish outlook with an 11% increase in exploration spend in 2003 to $US1.2 billion. PricewaterhouseCoopers said exploration in traditional mining regions (that is, not Russia or China) still accounted for 85% of total exploration spend, with Latin America the top destination in 2003.

The PricewaterhouseCoopers report identified wide diversity in the manner in which companies reported environmental remediation and liability. Three methods were used in relation to rehabilitation and restoration costs, including expensing as incurred; accrual of the estimated future costs over the life of the mine; and provision for the present value of future costs expected to be incurred.

According to PricewaterhouseCoopers, 69% of companies analysed adopted the present value approach. Australia is set to move to this method in 2005.

The report called on companies to increase the quality and relevance of information provided about environmental obligations. 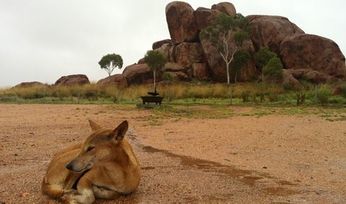 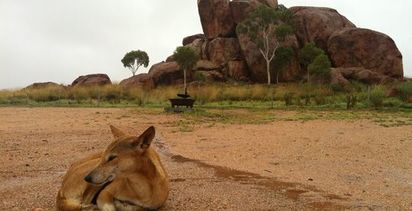