Founder and director of the Utah-based Fluid Power Safety Institute, Rory S McLaren has warned that the use of ball valves to lock out shields may not be failsafe.

He said to his knowledge ball valves were designed for shutting a hydraulic transmission line off but were not intended to be used as safety devices.

McLaren, who acknowledges he is not a longwall expert, said the issue had arisen in discussions with miners. They had indicated the standard procedure used to lock a shield out and isolate it from the power source is to shut off a single in-line, high-pressure ball valve, which is accomplished by rotating a lever 90º

He said the typical working pressure of a longwall mining system was 5000psi and the combined pump flow can be as much as 300 gallons per minute to 400gpm.

Once the shield has been isolated from the power source a miner enters the shield, and depending on the type of work involved could be in a pinch-point location.

McLaren said if the ball valve failed the shield could actuate, which could result in injury or death.

He said miners should be cautious when entering a shield that is locked out with a ball valve unless the valves are in a block-and-bleed formation.

The lockout procedure also poses additional safety hazards he said because once the shut-off valve is placed in the safe position it traps the downstream pressure, which can only be removed by discharging it to atmosphere.

This can cause injuries such as fluid injection, burn or eye loss.

Rock hits miner in back of head. 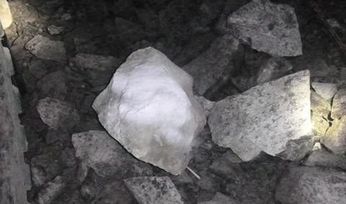 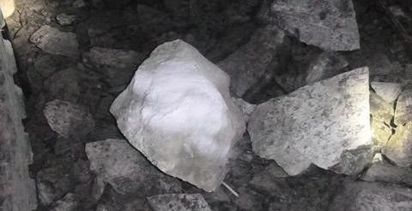