CUESTA Coal has acquired the EPC 2013 tenement in Queensland from FMG Resources which will form part of its expanded Moorlands project mining lease application.

Cuesta believes the acquisition will simplify the mining lease application for Moorlands and that there is potential for coal occurrences on the tenement.

The company will conduct a desk-top review and field surveys before doing scout drilling in the 2015 and 2016 drill seasons to test for satellite deposits similar to, and adjacent to, Moorlands.

Moorlands is expected to be an open-cut export thermal coal mine development, located in a historically low-cost mining region.

The project resource has a coal-bearing strike length of about 12km. Shallow coal is present in thick seams amenable to simple truck and shovel mining.

Moorlands has a JORC resource of 281.1 million tonnes, including 118.5Mt in the measured and 52.7Mt in the indicated categories.

A margin-ranking exercise completed as part of the scoping study indicates that strip ratios were lowest, of 2-4 bank cubic metres per tonne, in the southern-most 4km of the project containing about 60Mt of coal.

The larger northern area of the deposit contains strip ratios of 4-8 bcm/tonne.

Due to the favourable strip ratio, the south pit was chosen as the focus for the mine plan to run a schedule based on run-of-mine coal using trucks and excavators.

This schedule has a planned 1.9Mtpa of ROM coal being mined for 30 years with an average strip ratio of 3.2:1. Product coal is planned to be trucked by an internal 11km haul road to a new train load out facility, rail loop and spur, for transport to Dalrymple Bay Coal Terminal for export.

The company believes there is scope to reduce costs by using existing infrastructure close to Moorlands. Discussions with the owners of this infrastructure are continuing, Cuesta said. 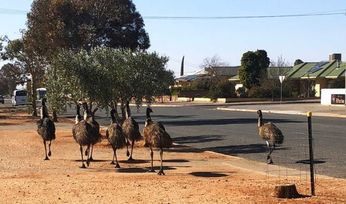 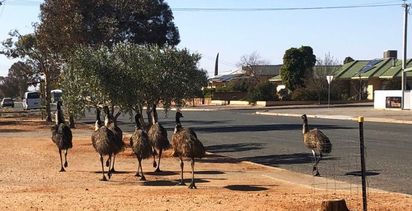