A FLAMEPROOF enclosure with a see-through cover could be a key to improving that monkey on every mine's back - mining equipment availability. A transparent enclosure cover, at prototype stage under an ACARP-funded project, has advantages over the steel design for maintenance and fault diagnosis. 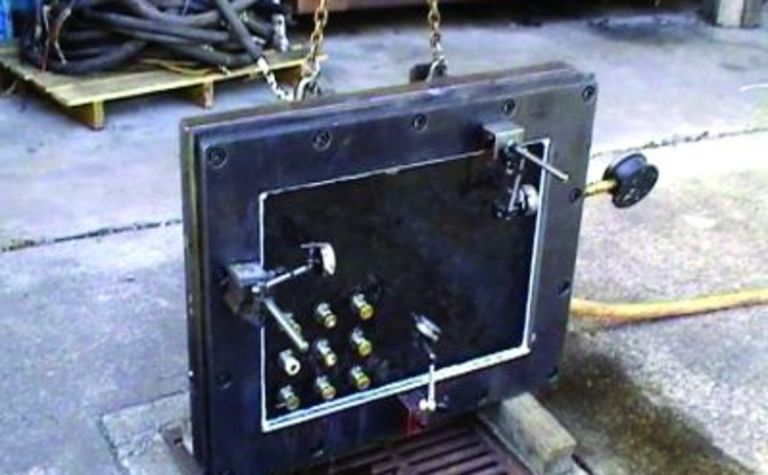 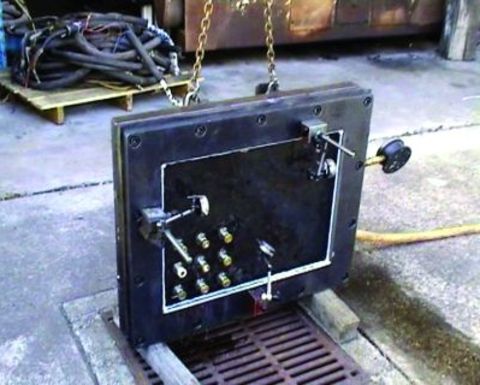 A large window is pressure tested.

"A see-through cover will permit underground staff to physically observe the operation of equipment inside a flameproof enclosure while electric power is applied. Because of the increased application of electronic systems into coal mines, this aspect of maintenance is becoming increasingly important," CSIRO automation system engineer and project leader Ron McPhee said.

Equipment in mines includes computer-assisted and automated machinery, underground local area networks, wideband radio communications systems and other electronic-based control technologies. Much of this equipment is designed with multiple visual indicators, usually LEDs, LCDs and computer screens which provide the necessary information for the early diagnosis of equipment faults. These visual indicators are a rich source of information required for equipment diagnosis.

"A see-through cover will also provide maintenance staff with the means to capitalise on preventative maintenance opportunities by the early diagnosis of poorly performing equipment, before failure occurs. This has the potential to reduce the time scheduled for equipment repair on mining machines and to improve mining equipment availability," McPhee said.

While a simple concept on the surface, CSIRO researchers found there was a lot more involved than simply inserting a clear window. For starters, the cover had to be transparent to visible light, physically suitable for underground conditions, and certifiable.

The concept first arose in 2003 when the IEC standards were loosened to allow large non-metallic parts on flameproof enclosures.

"Even with this restriction removed, the use of transparent material in flameproof enclosure design was confined to smaller sections, especially for polycarbonate windows, because of the limited thickness of the available polycarbonate and because of the danger of a static electricity discharge associated with large surface areas of sheet polycarbonate," McPhee said.

CSIRO began their developments with a DCB enclosure supplied by Beltana Mining. Through finite element analysis and 3D dynamic modelling, clear polycarbonate sheet was chosen as the most suitable material for the task. The polycarbonate was treated so that it was static-dissipative and abrasion resistant.

McPhee used an existing drill pattern on the flange of the DCB enclosure so the enclosure could be approved under supplementary certification - instead of a completely new certification which costs between $30,000-40,000.

Modifications to the steel frame design around the window had to be made following test pressure testing as the corner sections deformed.

The 860mm by 690mm transparent window allows 90% of an enclosure's internal space to be seen.

CSIRO are considering commercialising the enclosure.

The system captures real time data and can also be integrated with plant control systems. 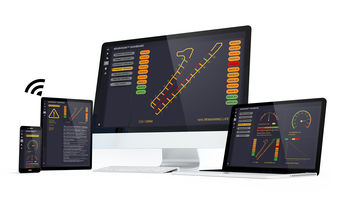 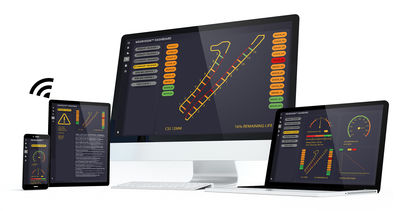 Getting the full picture underground