THE two potential sites in Illinois that could call FutureGen home before the end of the year have yet another supporter - the top coal-producing state of Wyoming. 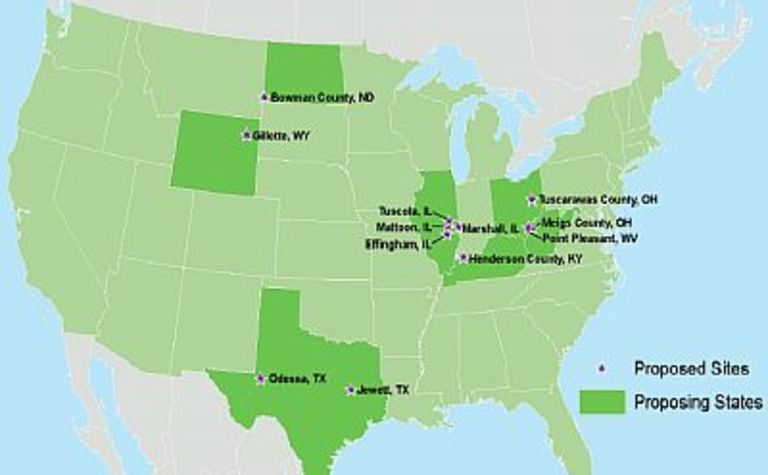 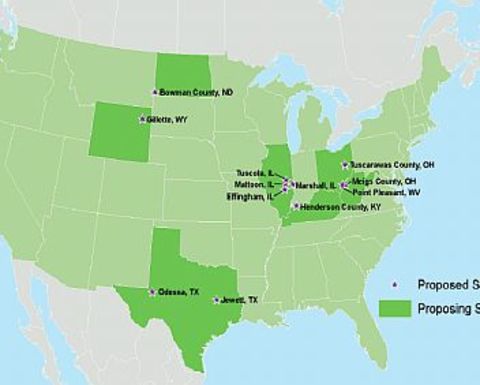 Proposed states and sites for the Futuregen project.

"Having Wyoming acknowledge that Illinois is the premier site is a huge plus for our bid to host FutureGen," Blagojevich said.

"Governor Freudenthal recognises, as we do, the importance of this project for any state wanting to maximise the potential for its coal reserves by advancing clean coal technology."

Additionally, the commitment is important because Wyoming is integral to FutureGen's success in the growing western US coal region, he said.

"We have a solid bloc of coal producers in the Illinois Basin and Appalachia supporting our bid.

"Wyoming and its coal-rich Powder River Basin provide the missing link in our efforts to build a coal-state coalition."

Wyoming joins an already strong backing for one of two towns - Tuscola and Mattoon - in Illinois to be chosen as FutureGen's home. Indiana, Kentucky, Pennsylvania, Wisconsin and Ohio have previously committed their support.

The collection of states represents nearly two-thirds of US coal produced annually, and 51% of the nation's coal reserves.

"I believe that it is extremely important to site FutureGen in a coal state," said Freudenthal.

"Illinois is not only a coal state, but one of great tradition and pride for its coal mining operations and its skilled workers.

"These are the kind of intangible qualities which lead to solid proposals."

The FutureGen Industrial Alliance is developing the project in conjunction with the US Department of Energy. An announcement on a final site selection is expected in mid-December.

Earlier this month, the DOE made its environmental impact statement for the project available, stating all four potential sites for the $1.5 billion facility in both Illinois and Texas would be feasible.

"The EIS evaluated four potential sites to host the project - Mattoon, Illinois; Tuscola, Illinois; Jewett, Texas; and Odessa, Texas - and preliminarily found that these sites were acceptable locations for funding the FutureGen project," the agency said.