NEW Zealand coal hopeful Pike River is rolling towards a completed supply chain as it lays its tracks down to gain railway access, essential in getting its coal to market. 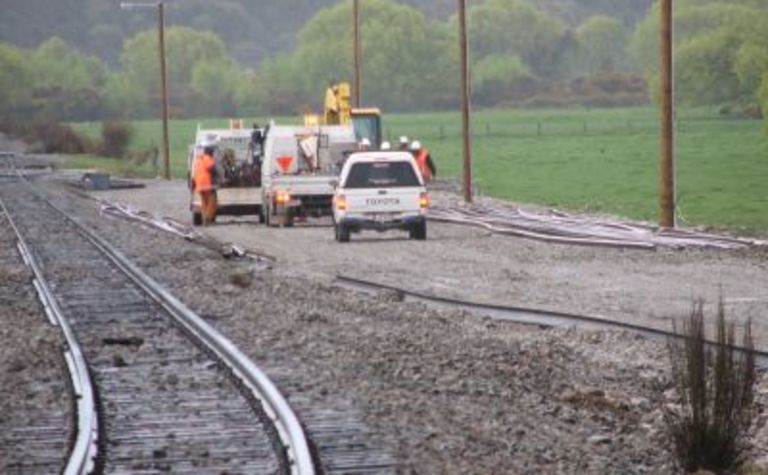 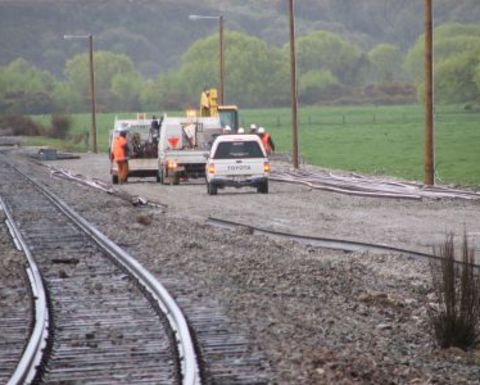 Track being laid at Ikamatua.

Pike’s $A12 million rail loading facility is an access point to the main rail line, near the South Island town of Ikamuata.

Rail tracks are now being laid for a 1.7km rail loop which is due for completion in two months.

Pike is developing a coal mine near the South Island town of Greymouth and will rail its coal to New Zealand’s Lyttelton export port.

The coal mine is touted to produce 1 million tonnes a year for at least 18 years and is expected to commence mining in mid-2009.

The rail loading facility is 22km from the Pike River minesite.

The company plans to truck coal from its coal preparation plant onsite and stockpile at the rail facility, where it will be loaded onto wagons and transported 250km to Lyttelton.

Pike’s train sets will comprise 30-45 wagons and will be loaded in 1.5 hours. Pike said one to two trains would be loaded a day.

Last month Pike said its coal preparation plant was ready to pump coal from the face of the mine down a 10km steel pipeline to the plant for processing and initial stockpiling.