$1.45M effort to put out fire near airport

PENNSYLVANIA’S Department of Environmental Protection has awarded a $US1.45 million ($A1.56 million) contract to Earthmovers Unlimited to put out an underground coal fire threatening an airport radar facility and a major underground gas pipeline.

The coal waste pile has burning for several years.

The site of the fire is close to airport Pittsburgh International Airport runways and is bound on three sides by motorways.

Smoke from the fire has threatened visibility for air traffic.

The fire also poses a risk to a nearby airport radar facility and a major underground gas pipeline.

The coal waste pile is the result of mining that occurred on the property between 1906 and 1939, after which the mine was abandoned.

Two years ago, in an effort to keep the fire from spreading to another large coal waste pile, the DEP authorised an Accelerated Response Contract to dig an isolation trench that created a temporary barrier.

The project will include for the excavation of about 430,000 cubic metres of coal waste.

Excavated material will be used to backfill a highwall left from the mining operation and the temporary isolation trench.

The four hectare site will be graded and planted to prevent erosion and a gravel roadway built to replace an access across the area.

The Abandoned Mine Reclamation Trust Fund, which is subsidised by fees by the coal industry on each tonne of coal mined in Pennsylvania, will pay for the project.

The worker had to move in order to avoid being struck by the falling object. 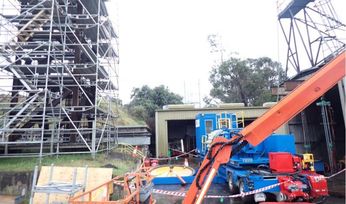 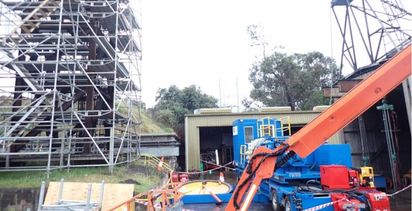 So far so good for Queensland FIFO restrictions