HEADS will roll right through Turkey’s government and at private mine operator Soma Komur Isletmeleri after an investigation into the explosion that claimed the lives of 301 miners in May revealed the coal mine was a “death trap”. 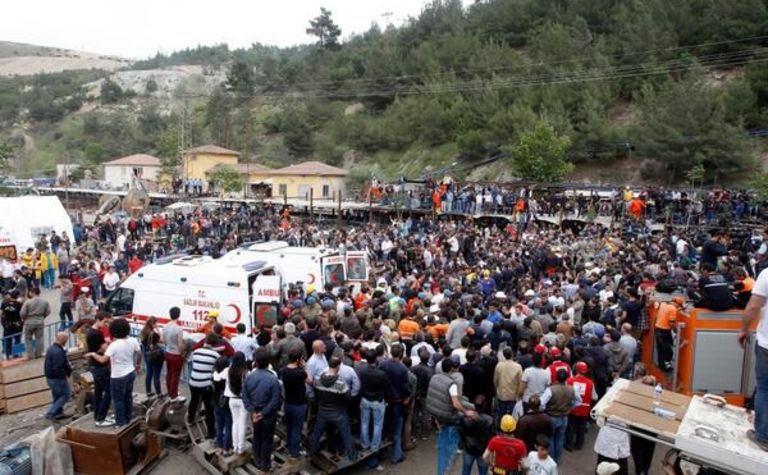 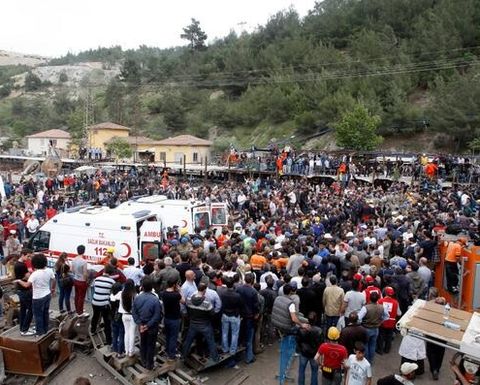 Mass crowds at the Somar Komur mine in Turkey

The much-anticipated 126-page expert report, commissioned by the Turkish public prosecutor, clearly stated that the catastrophe was preventable.

While government and company officials initially denied negligence caused the tragedy, a survivor said in May that inspectors had not visited the lower reaches of the mine.

IndustriALL Global Union, which led a global solidarity mission to Turkey in the wake of the Soma mine disaster, said the scathing official report revealed a catalogue of negligent practices and a complete disregard for worker safety.

While eight high-level managers of the mine’s operating company have already been arrested in connection with the tragedy, the report points the finger of blame at almost everyone involved in the mine, including ministry bureaucrats, with the exception of the miners themselves.

“The only innocent group is the workers,” the report said.

The Soma mine is owned by state-owned Turkish Coal Enterprises (TKI) and operated by miner Soma Komur Isletmeleri.

An additional report into the Soma disaster by TMMOB – the Turkish chamber of engineers and architects – stated: “The reason for the carnage is privatisation, marketisation and the outsourcing policies over the past 12 years in the mining sector and also in the area of health and safety.”

The expert report, which will be used by the public prosecutor for his indictment, singles out a long list of people it considers culpable for the accident, including the employer; employer representatives; permanent supervisor; technical supervisor; all the shift supervisors in charge of safety; all safety experts; the engineer responsible for underground ventilation; employees responsible for recording the data from the sensors; TKI’s chief control engineer and all control engineers from TKI; the general director of mining affairs; all representatives from the mining affairs general directorate; and inspectors from the ministry of labour and social security.

IndustriALL said inspectors were able to capture data from the alert and security systems at the mine during the three months before the May 13 tragedy.

The report revealed that despite fluctuating carbon monoxide readings and excessively high temperatures prior to the accident, miners continued to work.

“Alarmingly, inspectors also found that most safety records were not consistent with the readings from sensors,” the union said.

“They had been regularly fabricated.”

In some cases, safety records had been copied and pasted from the week before.

Inspectors counted a total of 48 gas and 19 carbon monoxide sensors but many were broken and there was no proper calibration. Even those in use were not properly calibrated to measure gas levels.

“The gas measuring sensors established for monitoring the air in the mine alerted the start of the accident but the situation was not taken into consideration by company officials,” the report stated.

The report stated that gas masks were crucial for miners working in conditions with high exposure to carbon monoxide and yet the masks were not checked regularly but according to the autopsy reports, 85% of the deaths were from carbon monoxide poisoning.

“Crucially, the ventilation system was not adequate to meet the rapid expansion of the mine in recent years and had not been adapted accordingly,” IndustriALL said.

“The ventilation plans for the mine did not even correspond to the real ventilation system underground.”

The report blames poor ventilation for actually accelerating the loss of life, as it was unable to reverse the flow of carbon monoxide underground, creating death chambers for the miners.

It also blames the ventilation system as a “very negative factor” in rescue efforts.

It also criticised poor communication systems for not working or meeting standards for underground operations.

There was neither an evacuation plan nor compulsory vocational training for workers related to health and safety.

“Lives have been sacrificed for lies.

“The report brings nothing but shame on the Turkish mining industry.”

He said the pattern of highly intensive mining since Soma Komur Isletmeleri took control in 2009 led to production levels that were 2.5 times more than planned.

The company was able to extract 15 million tonnes of coal by May 2014 instead of by the original target date of March 2017.

“We are of the opinion that this data confirms the claims or allegations of the workers of highly intensified workload and the production pressures,” the report stated.

“Our group is of the opinion that there were many negligent practices and deficiencies and, finally, this accident was avoidable.”

The engineering surveyor was working alone at Cataby when he was fatally stung by a bee. 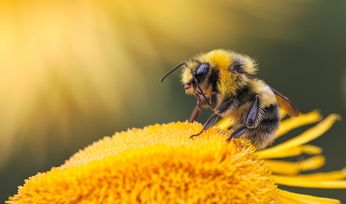 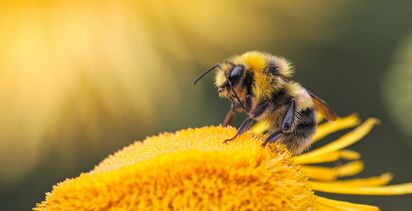 No Tritton trap after all