MURRAY Energy subsidiary American Coal Company has taken first place in the Robert E Jones Mine Rescue Competition in Illinois for a second year in a row.

The team, made up of miners from the producer’s New Era and New Future mines, was one of 13 crews competing at the one-day event, May 11, at Rend Lake College in Ina.

The contest was organized by the local District 8 office of the US Mine Safety and Health Administration as well as the Illinois Department of Natural Resources.

“We are extremely proud of the American Coal Company’s mine rescue team for once again demonstrating they are true professionals and one of the best mine rescue teams in the industry,” Murray Energy business development and external affairs vice president Rob Murray said.

The ACC team was asked during the contest to perform a mock rescue of two miners trapped in a mine. While performing their duties, the rescuers were faced with simulated challenges such as explosive gas, low oxygen levels, bad roof conditions and water infiltration – all potentially feasible in a real emergency situation.

‘The team performed their entire operation while wearing self-contained breathing apparatuses, successfully completing the rescue in one hour and seven minutes – a minute less than their winning time in 2009,” Murray said.

The producer’s safety compliance manager and rescue team captain Joe Myers, a veteran of mine rescue operations for more than 25 years, pointed out that having a well-trained team “adds a level of safety and preparedness” that benefits everyone.

“This is an all-volunteer team committed to being the first line of response in an actual emergency. It’s a life-saving commitment they take very seriously,” he said.

Myers also noted that all Murray Energy subsidiaries, ACC included, have been training mine rescue teams for years, even before crews were required under federal law.

Clark, who has more than 20 years of mine safety and emergency rescue experience, also won a national pre-shift championship in 2007 and took first place at the 2009 Western Kentucky Safety Days pre-shift competition.

“Safety is the top priority in any mine, and we are very proud to employ miners who can not only demonstrate their knowledge of safety in a contest, but who demonstrate a commitment to safety every day in the mine,” KenAmerican Resources president Mark Nelson said.

The three-day Alabama Mine Rescue Contest was organized by MSHA’s local District 11 office as well as the Alabama Mining Training Consortium.

“The pre-shift competition is an important reminder that safety begins before miners even enter the mine and is an around-the-clock priority,” Nelson said. 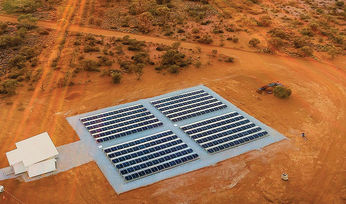 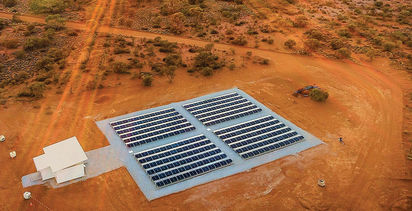