IN the wake of tumbling oil prices, a credit rating downgrade by Standard and Poor’s and its recently abandoned Euro hybrid security issue, Santos has flagged asset divestments and cut its 2015 capital expenditure budget by 26% to $2 billion.

Santos managing director and CEO David Knox commented on the “strength of Santos’ financial position” in light of the oil price and share price falls in recent weeks.

“We remain on track to realise the cash flow benefits in 2015 and 2016 from our growth investments in recent years,” Knox said.

“The PNG LNG project is producing at full capacity. The Gladstone LNG project is 90% complete and remains on track for first LNG in the second half of 2015. First commissioning gas is expected to be introduced to the LNG plant before the end of 2014. Offtake agreements are in place with large, well-capitalised buyers.”

While some analysts are calling for Santos to raise more equity, Knox ruled it out.

“To be clear, the underlying performance of our business remains strong with production continuing to grow in the second half of this year,” Knox said.

“The company has no present need or intention to raise equity.

“The current volatile oil price means that Santos is focused on driving operational efficiency, reducing costs, prudently managing capital and making sure our balance sheet remains strong – without making short term reactive decisions that could damage the long term interests of the company or the interests of shareholders.”

But Santos has flagged making asset sales to raise funds.

“This is a prudent reflection of the revised environment and does not prejudice the company’s longer-term growth options; 2015 production guidance is maintained at 57 to 64 million barrels of oil equivalent.”

Of the $2 billion in 2015 capex, Santos aims to spend $700 million on the GLNG project and another $700 million on various growth avenues including $300 million purely in the Cooper Basin, $250 million on exploration and $150 million on other growth including at PNG LNG, the Ande Ande Lumut Oil project, Narrabri and at Western Australia and Northern Territory assets.

Another $600 million of capex was dedicated to “sustaining” existing operations including $450 million for the Cooper facilities, $100 million in WA and NT and $50 million in other areas such as Asia.

In light of Standard and Poor’s BBB+ to BBB downgrade for Santos’ senior debt this week, the oil giant said this new rating matched the scores for the likes of Origin Energy, AGL, Amcor, Crown Resorts and Boral.

Knox also said Santos was committed to restoring value for its shareholders.

Capex expenditure in FY2020 was driven by opportunistic investment supported by long-term projects. 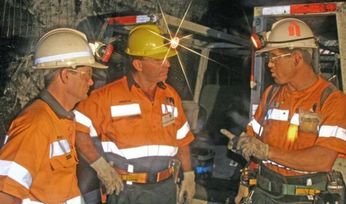 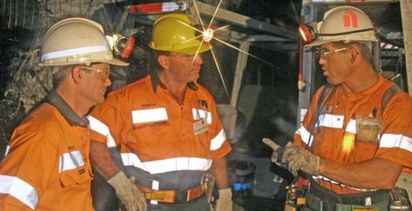