At their best preparing for the worst

AS THE US spring and summer draw closer, the 2007 mine rescue competition season is also on the horizon. International Longwall News spoke with a mine rescue expert on the requirements of team members and how this yearâs contest schedule is developing. 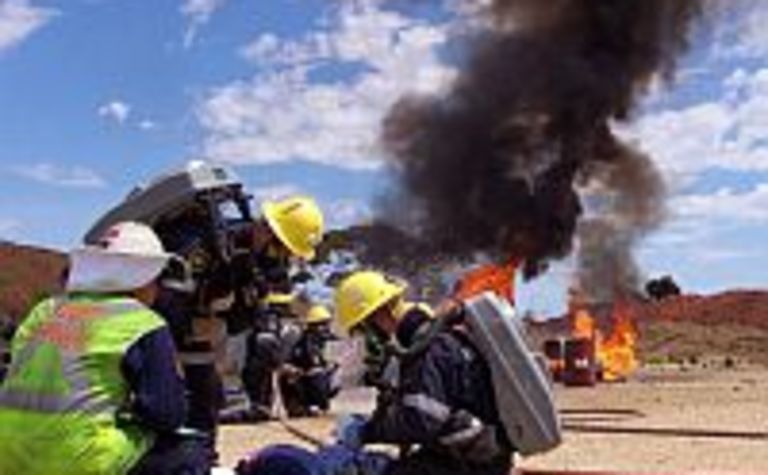 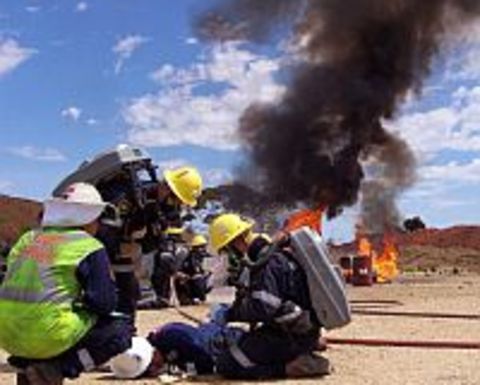 United States Mine Rescue Association spokesman Rob McGee said that the requirements for teams, outlined under the Mine Safety and Health Administrationâ€™s Title 30 CFR, Part 49, will likely not see any changes as a result of the MINER Act that was signed last June.

Progressing technology, however, could have an impact. â€œWhile I don't see anything major for the Mine Rescue portion of these events, there will be additional problems that can be incorporated in the Pre-Shift portion of competition,â€ he said.

â€œMost all of the coal contests now have at least three elements to judge: mine rescue, pre-shift and bench with a smattering of first aid (a few still compete).â€

Other changes mine rescue teams already have seen over the years and will be seeing have changed mine rescue in different ways, he noted. â€œAs far as equipment, not much with the exception of wheeled stretchers; these grew in popularity to allow the teams to quicken their pace and reduce strain.â€

New requirements for communication, however, â€œcould provide for the most changes that are possibly coming. Most (again, coal) teams use a sound-powered lifeline, which serves to meet both requirements,â€ McGee said, adding that he expects wireless technology to emerge on the mine rescue team scene before long.

With the start of the competition season fast approaching, McGee said the national contests being held continue to be the â€œbrass ringsâ€ of the mine rescue calendar. Because this is an odd year, the national contest in 2007 will focus on coal (even years are metal/nonmetal) and will be held in Nashville, Tennessee.

The MINER Act will have some impact on mine rescue teams, though the extent of that change is still unclear.

â€œWith the MINER Act soon to require that all teams compete in two events per year, we may see a shift in the importance of one event over another,â€ McGee said.

â€œIn large part, a lot will depend on their ability to add more teams. More teams possibly may mean a bigger field to lay out the mines and more personnel to officiate. Much goes into these events other than X number of teams showing up to play.â€

While McGee said he is retired from Pennsylvania Mine Safety and therefore no longer has an involvement in the organisation of contests, he does hold opinions on the future of mine rescue.

â€œI see a boom for competition, since it's a requirement of the MINER Act. Existing events can only expand so much; there will definitely be room for more events,â€ he said.

â€œRecent years has seen some growth, but itâ€™s been slow in coming. In my opinion, teams have been coming back because they once again see that it's a good idea â€“ overlooking their thoughts of what is required.

â€œThe contest requirement in the MINER Act is going to be significant in shifting ideologies once again. And it will also bring forward teams that have never competed. Association teams in West Virginia, state teams in Kentucky and Pennsylvania, for example, will now have to find two contests to participate in each year.â€

For a complete listing of mine rescue contests being held in the US this year, visit http://www.msha.gov/MineRescue/CONTEST/2007Coal/2007CoalLocalContest.pdf. 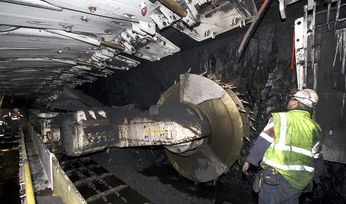 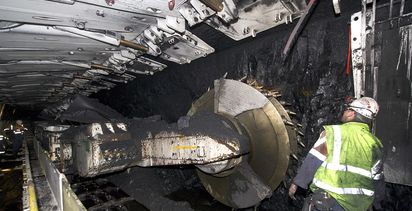