A licensing agreement with Martin Engineering and a growing reputation as a supplier of conveyor equipment including belt cleaning systems, impact beds and belt support cradles has payed off for ESS Engineering.

“Ten years ago if you had of told me we would be where we are, I wouldn’t have believed you,” said ESS managing director Bob Law.

The company started off servicing the steel works in Wollongong in 1976 and struck a deal with Martin in 1978 to manufacture its products under licence. That led to ESS making its own products just as the demand for its conveyor maintenance services began to increase.

These days the company has two manufacturing facilities – one in Currumbin and one in Perth, as well as 11 offices around Australia. It has also been recognised by the Australian Institute of Bulk Handling for its contribution to the industry.

Law puts the success down to ESS’ philosophy towards maintenance rather than its products alone.

“We don’t just sell a product and walk away,” he explained. “We have clients that spend up to $1 million so they want return on investment.

“We don’t maintain other people’s products. We maintain our own equipment and spend a great deal of time training our guys,” Law said. “It might take 12 months before we’re confident that a new technician can go out and do a job on his own.”

This puts high expectations on the technicians but they are also well-respected. Their advice is sought by the company’s research and development people to help improve their designs and their feedback on how a client’s conveyors are performing helps ESS knows what a client needs before the client does.

“We have a conveyor database,” Law explained. “All of our clients’ conveyors are listed on that database. Every time someone goes to work on one of those conveyors, whatever work is done is logged on the system. That helps gives us data on the lifespan of the equipment we’re fitting.”

With commodity prices rising, there is a demand for conveyor systems to be run harder and faster and for belts to get bigger. This also means more stress on that conveyor equipment.

“In the industry we’re servicing, the conveyor belts are going faster and faster and more materials are being transferred,” Law said. “That means there is more dust being released and more carryback.

“That means more usage of our products. Those products need to be serviced while the conveyor belt is going and we’ve developed products that can do that.”

Having the products is fine. Getting them installed correctly is just as important. For example, getting the pressure a belt scraper exerts on the belt right is crucial or it will either cause premature wear or not work properly and allow material to pass through.

Once that tension is set, it can need to be readjusted because conveyor belts usually wear more in the centre than they do at the extremities and that wear changes the tension on the belt scraper.

To get around this problem at a New South Wales coal mine, ESS developed an air tensioner to allow for that central wearing of the belt, a joint effort between the technicians and the research and development people.

“The strength of ESS is the quality of the employees we have,” Law said.

On the service technician side, those employees have undertaken the inductions to go onto clients’ sites. Law said the technicians also knew who they had to see to get conveyor belts electrically isolated and the like.

With his employees playing such a vital role in the company, how does Law go about retaining them?

He said respecting staff and their contribution to the business helped to keep them. “They are the backbone of the company,” Law said. “The service technicians are dealing with the clients, so they are also the face of the company.

“We train the guys to get it right first time. That means the clients look at our employees as an asset rather than a cost. They believe our workers are saving them money.”

That approach has payed off. Law said once somebody joined ESS, they rarely left. “A lot of our guys have been with us for more than 20 years,” he said.

ISRU offers opportunities for miners and equipment makers to broaden their technological reach. 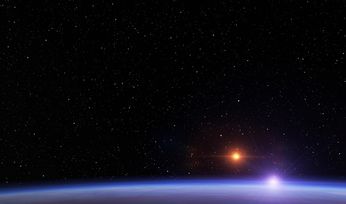 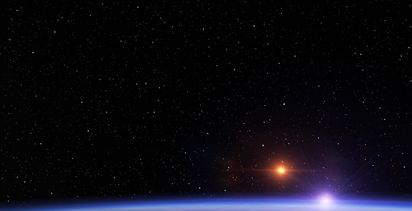