EQUIPMENT design issues are always on the radar during discussions on how to improve safety in underground coal mines, but Xstrata Coal is even looking at mine design to eliminate equipment-related risks for its 11-panel Ulan West longwall project. 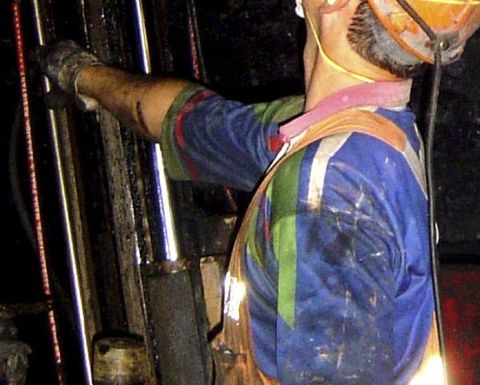 The project includes an analysis of more than 2000 injuries involving equipment underground and aims to identify potential control measures.

He revealed that the equipment procurement process for the future mine would have a greater emphasis on “safety by design”, and this would be of particular interest to the original equipment manufacturers who’d be responding to tenders for the mine’s equipment.

He also added that the safety by design philosophy was extended to the mine design of Ulan West and provided examples of how the mine has been designed to reduce equipment-related risks.

Addressing risks during the design stage was also emphasised by the presentations from Industry & Investment NSW’s Paul Drain and Chris Gearing, and Xstrata’s Paul Gill and Centennial’s Peter Bergin who chipped in on behalf of the underground coal committee of the Earth Moving Equipment Safety Round Table.

“Automated bolting, in conjunction with development monorail or flexible conveyer train, and non-line of sight continuous miner remote control, is seen as a high priority step change which will eliminate many injury risks,” Burgess-Limerick told ILN.

“Justin O'Sullivan [from Ergowork] carried this theme further and described the contribution ergonomists can make to the design of equipment, providing examples for the design of underground personnel transport and other equipment.”

He discussed how to measure WBV and interpret it before he looked into the available control measures.

Eliminating vibration at its source was seen as an essential strategy, with maintaining roadways in good condition being the most important control measure, followed by vehicle suspension, cabin design and seating.

Industrea’s Ross Stutchbury outlined the design thinking and innovations behind the company’s chock carriers and dozers.

Mackay seminar around the corner

While the registration deadline for the Mackay seminar was two days ago, Burgess-Limerick told ILN it was still possible to register.

The Mackay seminar on Tuesday at the Ocean International Hotel will be opened by ACARP project monitor and Peabody chief engineer Peter Brisbane.

A flyer and registration form is available at: http://burgess-limerick.com/site/Home_files/seminarflyer2.pdf

The Ulan West project, adjacent to the Ulan operation, is expected to start thermal coal production in 2012, targeting 7 million tonnes per annum.