NRP on Thursday executed a definitive agreement where NRP will acquire 49Mt of reserves leased to active Cline mining operations, as well as the transportation assets and related infrastructure at those mines.

“The Cline Group is well known within the coal industry as a great developer of coal mines and a low-cost operator. Their large reserve base, active development plans and the growing market for higher sulfur coals should provide NRP significant opportunities for growth and diversification in the years to come."

Cline recently completed construction of this mine and will begin shipping a portion of its production to AEP under a long-term contract in the first quarter of 2007. The coal will be transported by beltline to AEP's adjacent power plant and to a barge facility on the Ohio River for sale to other utility customers.

NRP will also acquire 12Mt of reserves adjacent to reserves currently owned by NRP at Cline affiliate Williamson Energy's Pond Creek No. 1 mine in Southern Illinois.

It will also acquire certain transportation infrastructure including beltlines and rail load-out facilities at that mine.

Cline recently finished construction of this mine and is currently shipping coal from the mine by rail under a long-term contract while it develops its longwall panels. Longwall production is expected to commence in the second half of 2007.

When the mining operations at the Gatling mine in West Virginia and the Pond Creek No. 1 mine reach full productive capacity in 2008, NRP said it expected net cash flow of about $US40 million, about half of which is associated with transportation and coal handling facilities.

“In addition to diversifying our reserves, the coal handling facilities and the related transportation assets provide us a broader platform for future growth, which we expect will allow us to continue to increase our distributable cash flow at a steady pace," NRP chairman Corbin Robertson said.

In Ohio NRP will purchase the reserves and transportation infrastructure at Cline's Gatling Ohio complex. This complex, with recoverable reserves of over 100Mt, is located in Meigs County, Ohio directly across the river from Cline's Gatling mining operation in West Virginia.

Consideration for the overall transaction will be 4,455,036 units representing limited partner interests in NRP, a portion of which will be Class B units.

Through its affiliate, Adena Minerals, Cline Group will also receive a 22% interest in the general partner and in the incentive distribution rights of NRP in return for providing NRP with the exclusive option to acquire additional reserves, royalty interests and certain transportation infrastructure relating to future mine developments by Cline.

The transaction is expected to close in early 2007. 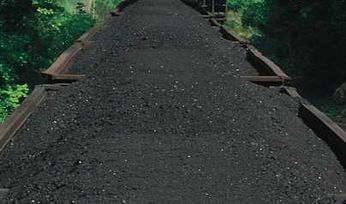 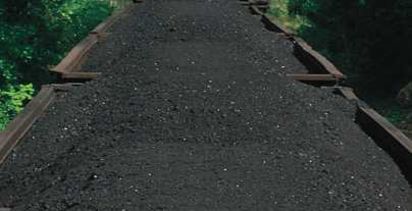