AN INDEPENDENT, expert review of central Queensland's Goonyella coal chain has been announced to address the major coal ship bottlenecks at Dalrymple Bay and make recommendations to improve efficiency from mine to port.

The Goonyella coal chain stretches from central Queensland coal mines onto the rail network, through the ports and loading to ship, and has been under constant scrutiny of late as producers complain of inadequate infrastructure to support the growing coal demand.

“I am pleased to announce today that all Goonyella coal chain participants – the coal miners, rail and port operators – have agreed to support the appointment of an expert consultant,” Roche said.

“We don't see this as an exercise in attributing blame … it’s important not to lose sight that all parties on the supply chain have a common interest in maximising the reliable throughput of coal to customers.”

Roche’s comments come after a recent “blame game” through the media that saw coal producers and customers accusing Queensland Rail of mismanagement and unreliable deliveries.

International coal customers have also had their say about the situation, with the likes of Korean steelmaker POSCO threatening to take its business elsewhere if the coal supply chain doesn’t improve.

“International customers are the mainstay of the $18 billion a year Queensland coal industry,” Roche said.

“Their satisfaction with our reliability is of paramount concern to the state's coal companies, with the potential to reflect on Queensland's global reputation. QRC’s review will ensure that all stakeholders can rely on verified facts in making investment decisions.”

Dalrymple Bay Coal Terminal (DBCT) owner Babcock & Brown Infrastructure (BBI) yesterday defended itself against accusations that infrastructure upgrades had contributed to the port delays, saying since July 2006, the terminal has not received sufficient coal to enable it to function at its full operating capacity.

“That is, DBCT has spare operating capacity to blend, load and ship more coal if it can be delivered to the DBCT site,” the company said.

“To date, neither operational, maintenance nor expansion activities at DBCT have caused delays in the delivery of coal through the Goonyella coal supply chain.”

Roche said the review would be intensive and thorough, focusing on every aspect of the movement of coal from mine gates in the Bowen Basin to ship loading at Dalrymple Bay. 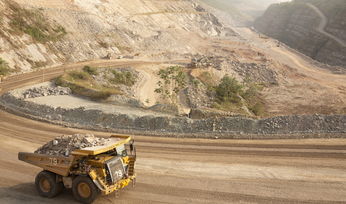