ANOTHER gas explosion rocked the Pike River mine in New Zealand this afternoon while the powerful GAG inertisation unit, basically a jet engine, has arrived at Hokitika airport. 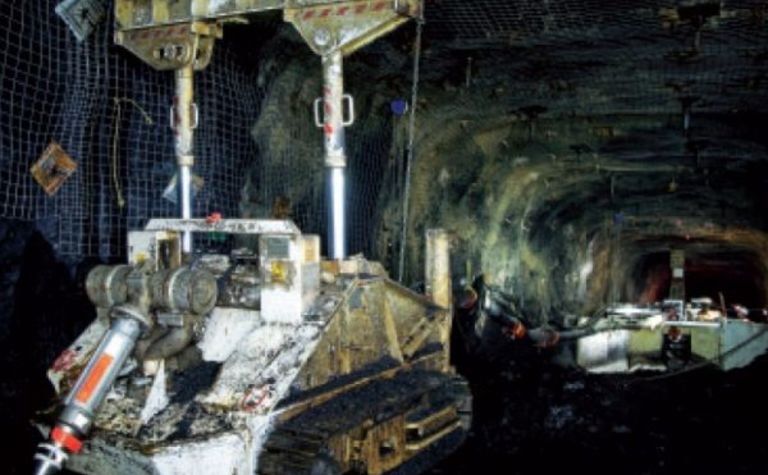 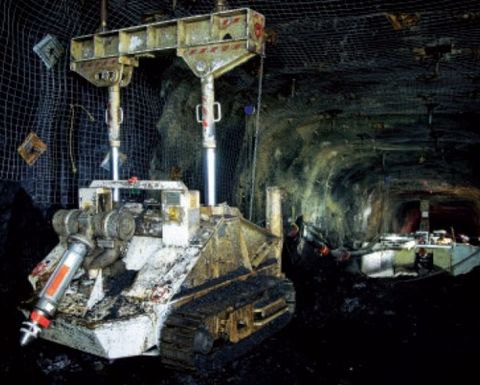 The hydro monitor underground with the associated guzzler in the background. Image courtesy of Pike

The third underground explosion struck at 3:39pm (NZDT) with the resulting smoke captured by a CCTV camera outside the mine entrance.

No one was injured by the blast which was noticeably smaller than the previous two at the mine.

At a media conference today, Pike chief executive Peter Whittall said an underground conveyor belt was far more damaged after the second blast, with the skid-steered vehicle unable to get past it, according to the New Zealand Herald.

The water-proof machine, which has eight cameras, is reportedly about 1575 metres into the main access tunnel and will not be able to go any further.

While the third explosion came as no big surprise, given the high levels of methane still present and the likelihood of smouldering material underground, recovery efforts could be well on their way next week thanks to the GAG unit provided by Queensland Mines Rescue Service.

The technology was developed in Poland and first used in Australia in 1999 to fight a mine fire and create inert mine atmospheres.

Once the GAG equipment is trucked to the minesite, specialised crews will assemble it and complete any minor fabrication work that needs to be done.

After the risk assessments are done the unit will be used to inert the mine, but it might take two efforts because of the amount of methane underground.

“It’s not a large mine so it won’t take a long time but one would expect that they would be looking to inert a couple of times in order to manage the environment,” QMRS state manager Wayne Hartley told ILN yesterday afternoon.

He added it might be too soon for the unit to start up today.

The third blast today could add even more precaution, but the unit could possibly start up on the weekend if it is given the go-ahead from mine management.

“It would be difficult to speculate because there are a lot of processes to go through and particularly the mine will make that decision when they actually commence operations,” Hartley said.

He estimates it will take 4-6 hours to inert the Pike River mine the first time.

Rescuers will be able to enter the mine once the underground environment is completely managed.

Using the GAG would kill any possible survivors still in the mine, but all the missing miners are assumed to have died after the second explosion at the colliery on Wednesday.

Under the emergency procedures, the miners must walk out of the mine using their self-contained self-rescuers.

There are no safety refuge chambers at Pike River.

New Zealand Prime Minister John Key said the loss of the 29 miners was a national tragedy.