Oaky expansion on the cards

XSTRATA Coal is investigating several options to expand its major Oaky Creek mining complex in Queensland, reopen the United Colliery in New South Wales and work out the best port solution for its mammoth Wandoan project in the Surat Basin.

At an investment seminar in London this week, Xstrata Coal chief executive Peter Freyberg presented a chart of the company’s organic growth projects.

Interesting items included the “Oaky open cut phase 1” to start up in late 2011/early 2012, the resumption of mining at United in 2013, and the Oaky “underground” and open cut expansion slated for 2014.

The Oaky Creek complex already houses the longwall sector-leading Oaky North mine and the nearby Oaky No.1 longwall operation.

An Xstrata Coal spokesman further confirmed to ILN that the company was conducting feasibility studies for expanding the Oaky Creek complex, which hosts plenty of reserves.

“That’s what we are looking at, the best way to access that coal, whether it be by underground extension or a reopening of the open cut,” the spokesman said.

“It’s a matter of determining exactly what the best options will be moving forward, but the coking coal market is very strong at the moment and production is going very well up there.”

Meanwhile, the United mine was closed down earlier this year, with union leaders at the time suspecting it could reopen in 2012.

The Xstrata spokesman said prefeasibility studies to reopen the mine were still continuing and this work will determine whether it could come back as open cut or an underground operation.

He added that progress on this front was “really in its infancy”.

Xstrata Rail, set to haul coal from most of the company’s NSW mines, also remains on track to start up at the beginning of 2011.

The new rail division of the company could be launched in Queensland to service the Wandoan project, but the spokesman believes the approvals for this project could be two years away.

While both the Surat Basin Rail link and the Wiggins Island Export Coal Terminal (targeting first shipments in 2014) need to be built, the spokesman added that the port for the project needs to be determined, whether it is “Wiggins Island or Port Balaclava”.

Xstrata already holds priority rights to receive up to 22Mtpa of capacity from WICET, with the financial close for the first phase development of this terminal expected in April 2011.

But Xstrata has also flagged the possibility of developing its own $1 billion, 35Mtpa capacity coal export terminal on Queensland’s Balaclava Island, 40km north of Gladstone.

Estimates for the extra tonnages which could come from expansion work at the Oaky Creek complex are yet to be revealed. 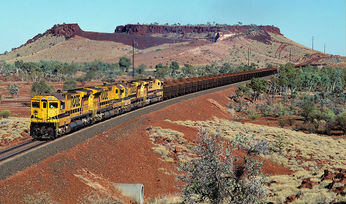 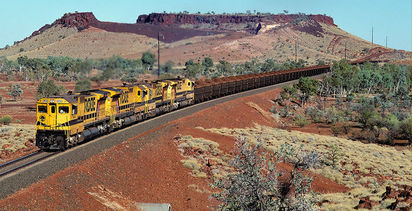 Bis getting ready to build