IT APPLIES to dump truck cycle times in much the same way as it does to a worker's rate of folding widget boxes in a widget factory: small gains in an hour equal huge gains over a year. 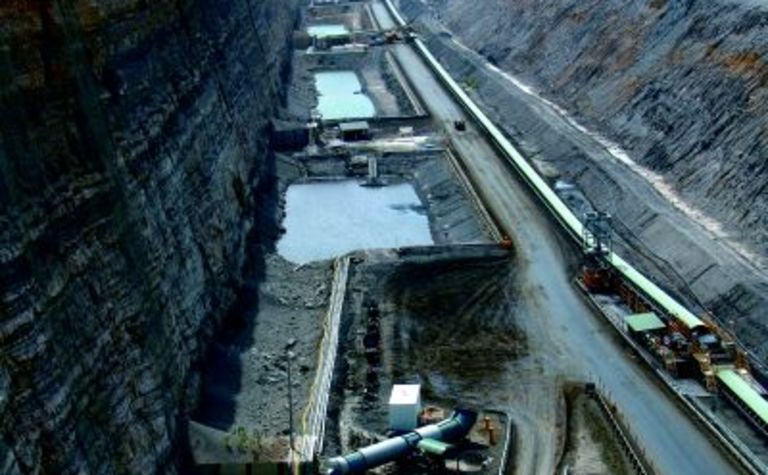 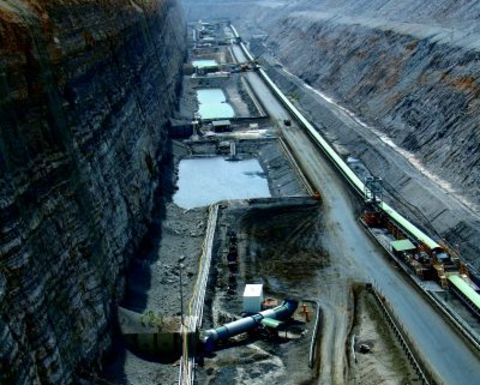 Roadway maintenance is given priority at Beltana.

And in underground roadway development, increases in development rates by as little as a few centimetres per hour will translate into hundreds of metres -or even several kilometres - over the course of a year.

Of course, an extra few kilometres of roadway development can amount to significant production advantages.

It is hardly surprising then, that miners who are serious about the quality and the rate of their roadway development employ dedicated full-time staff to ensure a uniform standard of quality and rate of progress.

But there is still plenty of variation in the rates of roadway development from mine to mine, which according to Xtrata's group engineer for coal in New South Wales, Paul Gill, is an indication of a mine's priorities and efficiencies.

"The difficulty I have is that roadway maintenance is all about operational people, not necessarily engineering people," Gill told Australian Longwall Magazine .

Gill said poorly maintained roads were characterised by potholes and rubbish on the road, which presented significant impediments to increased rates of roadway development.

"There's a heap of work being done on full body vibration, and from an engineering point of view we're looking at the responsiveness of the suspension systems, but they're really after the event," he said.

"The poor roadway standards is the crux of the whole matter," he said. "Transport's a massive factor. On some of our sites, you're travelling for 45 to 50 minutes, and if you take two hours out of a production shift, then you're basically wasting that time. Obviously we try to overlap shifts to keep bums on seats.

"But either way, if you sit in a diesel [machine] for 50 minutes and get your guts shaken out of you [through travelling on poorly maintained roads], it doesn't put you in a real good frame of mind to put in a good five or six hours for the boss."

So there are impacts, other than just on time, from inadequate operational standards.

"Roadway maintenance is [often] the first job that doesn't get done," Gill said. "I recently experienced at Beltana [Xtrata's coal mine in the Hunter Valley, New South Wales] an extremely positive thing where they recognised that roadway maintenance is important, and they'd actually contracted people to do the job.

"The guys have got the roads maintained to within three pillar lengths of the production district," Gill said.

"And that's the other thing - there's a 'dead' area between the production district and where the roads start in earnest, and it's extremely important to keep that to a minimum as well.

"Generally, it might be five pillars, but I think there's a mindset that when you get to within two or three pillars of the production district, it doesn't matter anymore."

On some sites, operational staff have to travel up to 10km to get to the workplace. A solution here might be to obtain equipment which can travel faster, but to travel at higher speeds requires better quality roads.

"We can provide and maintain machines, but they're only as good as the roads they drive over," Gill said.

At the Beltana mine, one of the proactive maintenance practices that had been initiated involved a more direct relationship between production staff and maintenance staff.

A direct link was established between the road maintenance crew and the production crew, so that roadway maintenance was not always left up to management.

"The production supervisors interact with the maintenance crew and tell them where the road is bad, so they have a direct input and a direct service that they have to provide to the production people," Gill said. "But there's no rocket science in it whatsoever, it's just a matter of commitment and diligence."

"The road crew has got to maintain that," Cambourne said. "We basically clean out the muck that is there, bring that to the surface, then we put the roadbase down, then grade it, put the top on it, and then roll it."

He said training for work in road maintenance crews requires workers to have an understanding about camber so that proper drainage can be built into the road, the pumping systems and the maintenance pumps along the road.

Cambourne said one of the maintenance management strategies was to run a grader over the road every few weeks.

Interestingly, Gill told Australian Longwall Magazine that one of the biggest leaps forward in road maintenance would be the establishment of a roadway "index", whereby the condition of a roadway can be defined as either acceptable or not, and the appropriate action taken.

"Somebody would drive along the road in a vehicle, and do a full body vibration analysis which would determine whether the road had reached the point of being unacceptable," Gill said.

"There is [currently] nothing for the roads to be measured against other than the disgruntled operators who abuse the undermanager or shift supervisor when they get their guts shaken out of them."

"That's what I believe should be done. It's no different from analysing and measuring diesel particulates or anything else. It' about establishing standards and delivering on them."