Wireless technology comes through for MST

MINE Site Technologies has completed the latest series of demonstrations of its wireless, two-way personal emergency device system in West Virginia, achieving through-earth communication up to 1100 feet underground. 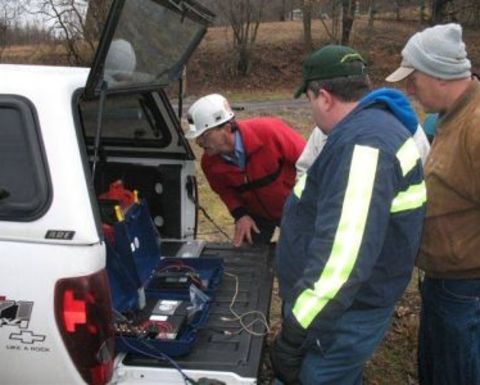 Two way testing in progress at Federal No.2 coal mine. Image courtesy MST.

The demonstrations were carried out in two areas at Patriot Coal's Federal No. 2 coal mine – one 750ft deep, the other 1100ft deep.

In both areas two-way messaging was achieved, though an electrical substation earthing mat in the 1100ft deep section of the mine reduced signal strength.

Previous tests at West Cliff coal mine in Australia showed the technology to be effective at up to 1575ft deep.

MST intends to have production versions of the Two-Way PED Refuge Bay Stations available to the industry by the end of 2008.

The units will allow through-the-earth signalling from strategic places underground, and are designed to withstand fire and explosion. 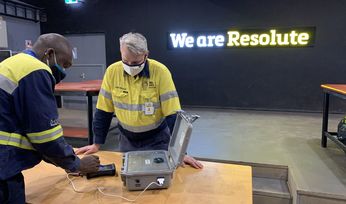 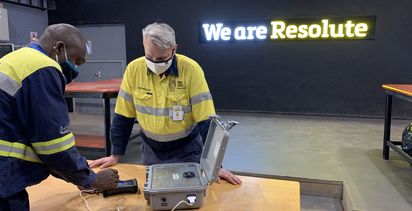