AN INNOVATIVE piece of equipment that automatically removes sticky coal from bottom-dump train wagons as they deposit their loads was designed and developed to solve an ongoing problem at Hay Point Terminal and recently won a Queensland safety award. 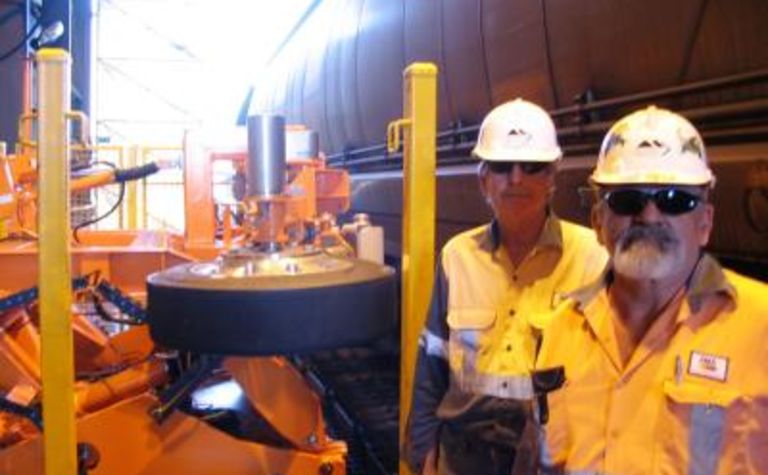 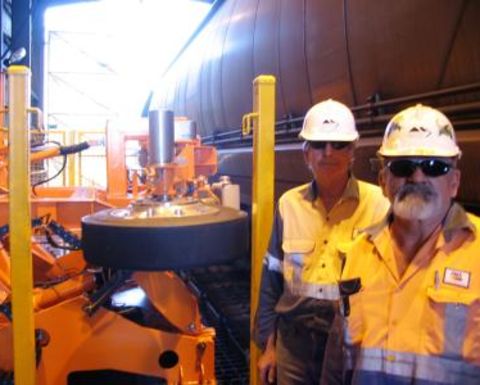 The winning BHP Billiton Mitsubishi Alliance (BMA) Hay Point team developed the piece of equipment in connection with Queensland Rail in response to the ongoing problem of coal sticking in train wagons when the bottom doors opened.

Hay Point port manager Sam Bonanno said the coal was previously loosened with the aid of manual jackhammering on the sides of wagons, exposing employees to noise stress as well as potential back, neck and shoulder injuries.

“By combining the expertise and knowledge of BMA people and other specialists, we were able to come up with a technical solution to a sticky problem, and eliminate the risk in the process,” he said.

“The award recognises the determination and effort of the team at Hay Point Coal Terminal in designing, testing and implementing the project over a number of years.”

The award was presented to BMA at a ceremony on October 25 by Minister for State Development, Employment and Industrial Relations John Mickel.

New spider-like device with magnetic feet is suitable for use in hazardous area inspections. 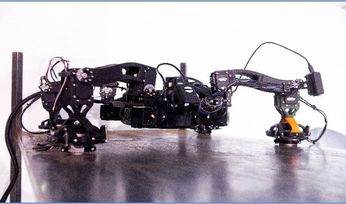