ANTI-COAL mining activists might think they are fighting for the environment, but law enforcement is concerned their protest stunts could leave them fighting for their lives.

On Sunday, September 26, climate change protesters from Rising Tide entered Port Waratah Coal Services’ sites in pre-dawn darkness and some secured themselves to coal loaders at Carrington and Kooragang Island.

They managed to shut down all three of Newcastle’s coal export terminals for most of the day, with 41 activists arrested by 3pm.

PWCS said activists interfered with coal-loader emergency controls before scaling and attaching themselves to its loaders, including high-up luffing cables which raise and lower loader spouts above berthed vessels.

In one instance, PWCS said a worker used manual controls to restart a loader, with cable-attached protestors subsequently dragged towards steel sheeves at the apex of the loader.

“It is highly likely that those protestors would have either been crushed or fallen to their deaths had their desperate shouts not been heard by the PWCS worker who was able to shut the machinery down in time,” PWCS general manager Graham Davidson said.

During other PWCS site invasions over recent years, protestors have fastened themselves to large coal-stacking infrastructure and chained their necks to conveyor belts, PWCS said.

“Most equipment at PWCS is automated, remotely operated and fast moving, meaning the chances of horrific injury or death in a split second is extremely high.

“We respect the right of anyone to protest, but not in a manner that causes extreme risks to human safety.

“Dangling 60 metres from a moveable coal loader and chaining your neck to high-speed conveyor belts that can start at any moment is plain reckless and deadly.

“As for the suggestion that the protestors undertake intensive training for their protest activities, they simply do not understand that they are interacting with equipment that is operated by highly skilled PWCS operators with years of experience.

“No training undertaken by occasional activists can make their activities safe.

PWCS noted its duty-of care obligations and said “sitting back and doing nothing about protestors participating in such dangerous activities was no longer an option”.

While Magistrate Elaine Truscott denied PWCS compensation payments from the activists in her ruling at a Newcastle Local Court today, she accepted the Newcastle port operator was “completely genuine” with its warnings about the potential for serious injuries and fatalities.

She said anyone who did not consider the protesters’ actions to be dangerous was “ignorant and arrogant”.

Truscott added that PWCS would be entitled to start future compensation claims against activists over future protests do not heed its safety warnings.

The compensation claim was made by the NSW Police and PWCS planned to donate any funds won to local charities.

The port operator added that it was compelled to support the court claim because Rising Tide’s protest could have ended with some activists being killed.

“This has never been about PWCS winning or losing in court,” Davidson said.

“However, we appreciate that the court has now put Rising Tide on notice that its activities are highly dangerous not only to protestors, but to PWCS workers and police.

“The Rising Tide protestors clearly engaged in criminal activity by setting out to interfere with PWCS’ operations, which caused harm to PWCS. We tried to create a financial deterrent against ongoing reckless activities that are placing the lives of protestors, PWCS workers and police in danger.

“We needed to draw a bold line under the reckless tactics of the protestors, and the court today agreed that PWCS has been genuine in its motivations.

“We believe there is now a broad community expectation that Rising Tide will review its tactics and find better ways to get its messages across.” 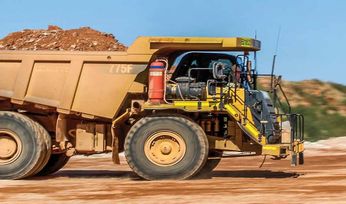 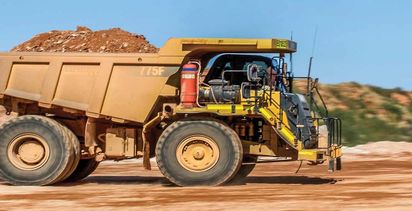