IMPROVING the vision of haul truck drivers and other heavy mining equipment operators can be a life saver. By Noel Dyson 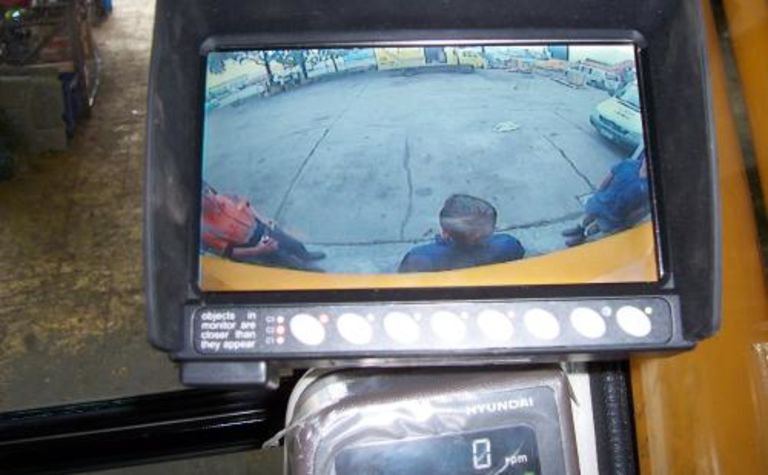 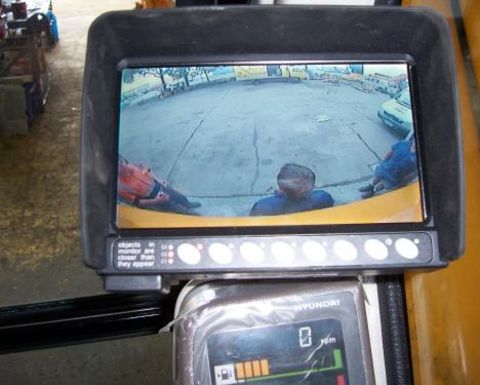 Cameras, such as those from Orlaco, can help eliminate blind spots on earthmoving equipment and improve safety.

Haul trucks, despite the best efforts of their makers, are not renowned for their all-round visibility. For one thing, the driver is usually perched way out to the left, the height of the cab brings a range of forward visibility issues and let’s not talk about the view out the back.

This means mines are forced to take a number of steps to ensure the safety of people and other vehicles on the minesite. Visitors to the Kalgoorlie Super Pit are greeted with the site of a tastefully mounted flattened Toyota Landcruiser utility as a warning to be haul truck aware. That is after the site induction procedure that, besides other vital safety points, covers the need to, again, watch out for the haul trucks.

Another step is to introduce technology to help reduce the risk of collisions on minesites. One approach is to use cameras, another is to use cameras and a radio tagging system and there is even an effort to fit radars to haul trucks.

His company has the exclusive dealership in Australia, New Zealand, Fiji and Papua New Guinea for Orlaco cameras.

Woodford said more mines were looking at ways to improve the visibility on haul trucks and other large pieces of earthmoving equipment.

“There are radio communications in place. Training. But even still accidents happen,” he said. “With the Orlaco products you’ve got the tools to do the job.”

Woodford pointed to some incidents highlighted recently in safety reports. A couple involved low loaders and haul trucks colliding with other vehicles while manoeuvring. Another involved a fatality when a visitor to a remote minesite was struck by a reversing front-end loader. Woodford said one of the main factors in these incidents was a lack of visibility.

He tells another anecdote of an incident on a minesite where a haul truck stopped to allow a white utility in front of it to move off. The driver saw a white utility drive off and proceeded forward, over the white utility that was still stopped in front of the truck which the driver could not see. The utility he had seen move off was a different vehicle. Fortunately in that incident nobody was hurt.

According to LSM, BHP Billiton’s Newman minesite has been using Orlaco cameras for more than two years; all equipment on the Forrestania minesite are fitted with cameras; and both Pilbara Iron and Dampier Salt are going through the process of installing cameras on parts of their earthmoving fleets.

“We’ve got cameras with 17-degree views up to our latest model which has a 131-degree view,” Woodford said.

He said LSM supplied a four-camera system that would give a 360-degree view around a haul truck.

Woodford said besides the safety benefits, improving operator visibility also improved productivity and reduced costs caused by damage generated by operator error. Better visibility means reversing can be completed more safely without damage to the truck or other fixtures on the minesite.

Besides Orlaco, other players in the vehicle camera market are Clarion and Mitsubishi.

The Orlaco cameras boast a range of benefits including a lens that is dust and sunlight resistant and seven times harder than glass. Woodford said the camera had passed the Caterpillar pebble impact test in which steel balls are shot at the lens. The camera housing is also over-pressurised to allow water resistance to about 25m.

Woodford said LSM had recently landed a $500,000 contract to fit four-camera systems to haul trucks at the BHP Billiton Mitsubishi Alliance’s Goonyella Riverside mine. He said the deal had come even though BMA had signed on with Advanced Mining Technology’s combined camera and radio frequency tagging system.

There had been some allegations in the industry that AMT’s Craig Hoffmann had been in charge of the program that evaluated the different types of collision avoidance systems for BMA’s operations.

BMA media spokesman Ian Dymock denied those allegations, saying that while Hoffmann was now in charge of the project to implement the AMT collision avoidance system, an independent BMA team had evaluated the different products.

Hoffmann said AMT had offered his services to BMA because the company did not have the in-house capabilities to coordinate the project.

The AMT system consists of RF tags for each person, light vehicle, heavy vehicle and other items of value, along with video cameras and an LCD video display unit. If a haul truck, for example, comes too close to a person or vehicle with an RF tag it sounds an alarm in the cab.

BMA safety manager Ron Groenland said the company had opted for the combination of cameras and RF tagging, although he admitted there was a problem with vehicles and people coming onto site that were not fitted with the RF tags. However, he said he preferred the extra benefits of the RF alarm coupled with video cameras.

“The drawback of the RF system is you have to tag every vehicle,” Groenland said. However, he said while there were some companies working on radar systems, which would provide similar benefits to an RF system but without the requirement to tag vehicles, there still had “some issues to work through”

The AMT system trial is expected to be completed at BMA in September.

Revenue of more than $1.1 billion is expected over the seven years 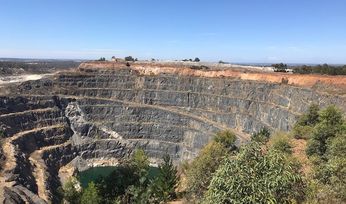 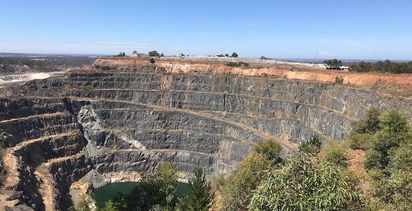