Massey at fault for Mammoth: MSHA

APPALACHIAN producer Massey Energy was cited for safety violations that led to the death of one worker last December, according to a report released Wednesday by the US Mine Safety and Health Administration.

Fireboss David Neal, 57, fell about 39ft from an outside incline conveyor at the Mammoth Coal Company's No. 130 Mine while making repairs during the early morning hours of December 4. He died from his injuries 10 days later.

According to the agency, Neal was lying on the bottom belt surface to replace a bottom idler when it started up unexpectedly.

“The accident occurred because the Cross Hollow conveyor belt circuit breaker was not de-energised, the victim was not wearing fall protection, and the installed audible warning system to warn persons that the conveyor was starting was not audible from the work location," MSHA noted.

Citing those three root causes, a corrective action was ordered for each by the agency.

First, Massey was required to revise its training plan to indicate lock/tag-out procedures for supervisors and to ensure proper fall protection procedures are followed in the future.

Next, the operator replaced its existing six-second start-up alarms with two units that are louder and can now be heard from all locations on the belt.

Last, the company's training plan was amended to reflect proper fall protection and outline harness and lanyard use while working in elevated areas above 6ft in height.

While two enforcement actions, a 103(k) order and a 104(a) citation, were issued to Massey, MSHA has not yet assessed penalties for the violations.

The Mammoth operation, located in Kanawha County, mines from the Stockton seam and employs 110 workers on two supersections.

Fault detected when haulage system tripped while skip was positioning for loading. 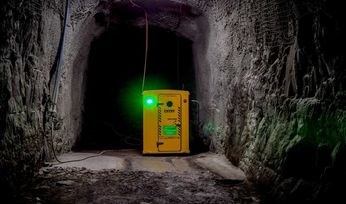 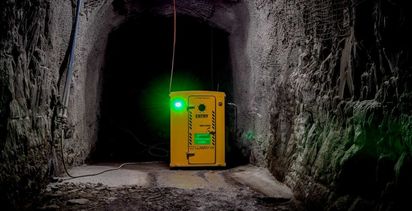