A DECISION against Appalachian coal producer Massey Energy by the West Virginia Supreme Court in its appeal of a case initially won by Wheeling-Pittsburgh Steel will continue to be challenged, the company said Friday.

According to the Associated Press, the court voted unanimously not to hear Massey's appeal in the contract dispute case between it and the steelmaker.

Massey said Friday it will continue to challenge the $US220 million jury verdict first handed down in 2007.

“We are obviously disappointed that the court decided not to hear a case of such importance," said Massey Energy general counsel M Shane Harvey.

“We strongly believe that the case should be reviewed by an appellate court and we will vigorously explore all options, including an appeal to the United States Supreme Court."

Chairman Don Blankenship reiterated that the company felt it had operated appropriately.

“As one of the largest providers of coal to the US steel industry, the production and transportation challenges that faced the Central Appalachian coal industry in 2004 and 2005 were magnified here at Massey,” Blankenship said.

“Our contracts allowed us to claim force majeure as a result of rail and labour shortages, but we nevertheless expended millions of dollars to add more equipment and labour to fulfil our commitments and deliver coal to our customers.

“In light of such facts, the verdict rendered in this matter was very disheartening."

The producer said it will look over the state Supreme Court's ruling and "reassess its accrued liability" in the suit.

The dispute began against Massey subsidiary Central West Virginia Energy Company, the specific entity named in the case, in 2004 when it declared a force majeure on some of its coal shipment obligations due to conditions it said were beyond its control.

WPS sued both the CWVE and Massey for damages, as it said coke oven repairs as well as replacement coal and coke were required as a result.

In July 2007, a West Virginia circuit court decided in favour of WPS with an award of $220 million, made up of $120 million in compensatory and $100 million in punitive damages.

While Massey said it previously had set aside $16 million for liability related to the lawsuit, any increase in accrued liability will impact its second-quarter earnings.

Diesel-powered haul truck fleets can be responsible for up to 80% of a mine's emissions. 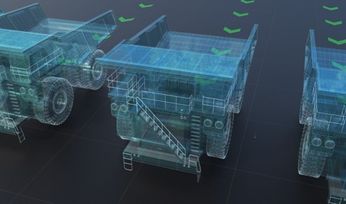 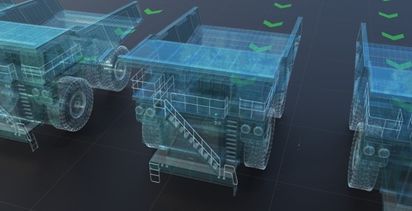