QUEENSLAND miner Macarthur Coal has told 120 workers at its Coppabella Mine near Mackay that they are no longer needed, blaming port bottlenecks for the decision to lay off three-quarters of its workforce.

Excavator and dragline at Coppabella Mine - Courtesy of Macarthur Coal

Construction, Forestry, Mining and Energy Union district vice-president Steve Pierce told International Longwall News that the workers were told of the move on Saturday night, and will finish work on August 31.

"They are claiming the job cuts are due to bottlenecks, but I think it's a cynical game being played by Macarthur Coal and other coal companies to try and get the State Government to take more interest in infrastructure that should be paid for by the coal companies," Pierce said.

"Unfortunately the workers are being used in this game.

"There's not a lot of employment in the industry at the moment, it's pretty much sucked up everyone from around the area and until new projects come online, the prospects for these workers getting another mining job soon isn't good."

Macarthur Coal said in a statement that the transition from contractor to owner-operator mining at Coppabella had led to the job cuts of Downer EDI Mining contractors at the site.

The company said there is currently surplus mining production capacity at Coppabella beyond its port contract.

The mine is owned by the Coppabella and Moorvale Joint Venture (CMJV) in which Macarthur Coal holds a 73.3% interest.

"Macarthur Coal and Downer EDI Mining have agreed that Downer’s production requirements would be reduced as part of the transition plan," the company said.

Last month, Anglo Coal sacked 50 miners at its Bundoora longwall mine near Middlemount in Central Queensland, also blaming port bottlenecks for the growing coal stockpile at the mine.

The company was taking proactive steps at Coppabella to protect its long-term sustainability. 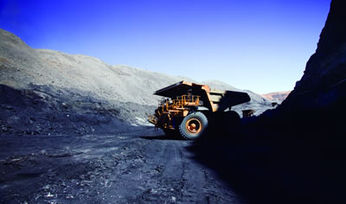 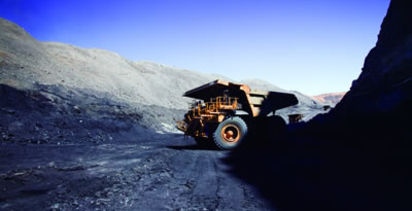