Gympie has announced a doubling of its leaseholding and the nearing of production at Bellbird.

Australian mining and exploration company Gympie Gold has announced that the Southland coal mine in the Hunter Valley, NSW, is nearing commencement of production from its large, high-quality Bellbird South coal reserves.

The 220m-wide longwall unit has been removed from the recently completed SL1 longwall panel and is undergoing extensive overhaul and upgrade including new shearer, new armoured face conveyor and new pan lines while most of the support equipment is being refurbished.

Gympie managing director Harry Adams said, "Once settled down in the SL2 longwall panel, Southland Coal should be producing at the annualised rate of 1.5 million tonnes per annum. This is believed to be the country's premium semi-hard coking coal with the highest fluidity and lowest ash of any Australian semi-hard coking coal producer."

For the fiscal year ended June 2000, Southland produced 840,000t of longwall coal (ROM). Since taking over the old Ellalong colliery, the mine's operator, Colrok Australia, has extracted the last block of coal from the 3-4m thick Ellalong Lease while developing the 5-9m thick Bellbird South.

Colrok also upgraded the underground coal handling system and converted the transport system for miners and materials from rail to rubber-tyred vehicles. This provides a more flexible and efficient system, reducing time from pit top to coal face, Gympie said.

Other completed infrastructure upgrades include a new ventilation shaft and several new bore holes that deliver air, electricity and ballast for roadway surfacing. Completed roadway development now awaits the start-up of the longwall unit once new and overhauled components have been installed.

For the first time in Australia, a method called Advancing Retreat Method (ARM) will be implemented for longwall mining (reported in Australia's Longwalls in March 2000).

Southland Coal has also recently expanded the leaseholding by 50% (2000 hectares), which adds further long-term growth potential beyond the current coal reserves of over 50Mt product. Adams said the next phase would be to achieve sound productivities in the new area to consolidate Southland Coal's competitive position for the next 20-30 years.

"With infrastructure capacity exceeding 2Mtpa product coal to meet market demand, Southland Coal believes growth will be a function of operational performance in the newly accessed thick-seam zone," he said.

Gympie said mining conditions in the new production area around SL2 are far superior to those in the old area where SL1 was located. For SL2, the seam is uniform, unfaulted and much thicker at 5-7m rather than 3-4m in SL1. The coal is better quality in SL2 with lower ash (under 7%) and higher fluidity (+5,000 ddpm).

Centrex eagerly awaits arrival of new plant from the UK. 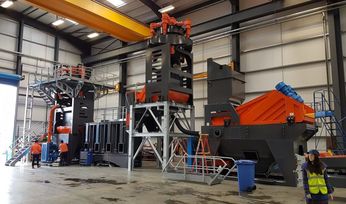 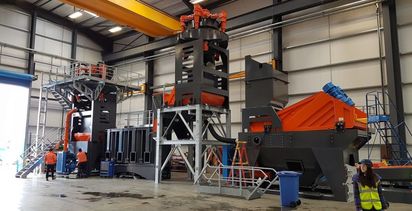