BHP Coal has started a second seismic survey to map geological structures ahead of its proposed Goonyella underground development, which has retained its “exploration adit” tag despite the appointment of mining contractor Allied Mining to begin development of a proposed “punch” longwall mine.

Allied will develop three entries off the Ramp 4 South highwall in the old Eureka pit at Goonyella. The entries will be driven 3.6m high, leaving about 90mm of coal in the floor and at least 2m of roof coal to ensure optimum development conditions.

Based on its recently completed development project at the nearby Moranbah North mine, Allied will use the place-changing development method at Goonyella. The three roadways will be driven on 30m centres, with cut-throughs at 60m intervals “initially”, according to Allied.

The adit will commence under 90m of cover at the highwall and continue to a depth of 300m at the full 3.5km extent of the roadways. Allied said it had prepared contingency plans to introduce an integrated cutting and bolting development system if ground conditions precluded rapid advance with the place changing system due to geotechnical conditions. The adit project is expected to be completed in 15 months.

Allied said a further six large longwall mining areas had been identified at Goonyella-Riverside, all of which could be accessed via existing highwalls.

Meanwhile, a pre-feasibility study into the technical and financial requirements of a new longwall operation at the Saraji mine is said to be progressing to schedule. “This will lead to an exploration program in the area, the first major phase of which is due to commence in the second half of the current financial year,” the company said.

Exploratory drilling of the Moranbah coal measures is continuing in EPC 554, down-dip from the Goonyella-Riverside opencut mine, though BHP Coal said progress had been delayed by heavy rains.

MACA to take on Tampia

The award puts MACA's work in hand position at $3.4 billion. 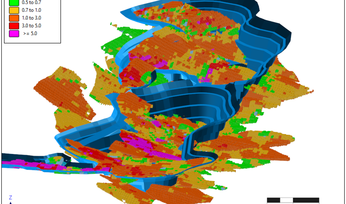 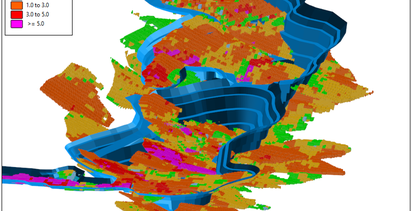