WITH 70% of the Goonyella exploration adit project completed, BHP Coal is edging closer to giving the nod to longwall mine development

This article first published in the September 2000 edition of Australia's Longwalls.

WITH 70% of the Goonyella exploration adit project completed, BHP Coal is edging closer to giving the nod to longwall mine development, though a final decision is not likely to be made before early 2002. The good news so far is that there have been no issues related to gas, water or heat. Coal quality is in line with expectations and development rates are among Australia’s best.

The exploration adit, at Central Queensland Coal Associates’ Goonyella mine, is being driven in three headings downdip from the Ramp 4 South highwall. At press time, contractor Allied Mining had advanced 2700 linear metres of a target total 3500m.

BHP manager underground, Guy Mitchell, said the project team was focused on gaining an understanding of three main issues which would strengthen the feasibility study for a full-blown mine.

“The first is to understand the geological enviroment especially with respect to structural features which could influence development and longwall mining production rates and identify the optimum panel orientation for mining through these features,” Mitchell said. Checking coal quality was the second. Three 15,000-20,000-tonne bulk samples taken from varying depths will be put through the Goonyella Riverside washplant to ascertain coal quality and yield. Mitchell said results from the first sample, taken 1100m downdip from the highwall, were very much in line with expectations. “Initial indications are that the coal will meet the current Goonyella specifications,” he said. Finally, before making any capital commitment to a longwall, BHP wants to be absolutely sure it has selected the best mining systems.

“Obviously there is an upfront cost (to this approach), but it is a sound investment because it means if you take the project forward into the longwall operating phase you’ll make the investment on a much higher level of confidence knowing you can control your risks,” Mitchell said.

Among the issues being examined are optimal development rates, establishing whether place changing or in-place mining delivers better results, and the relative economics of using a contractor versus being an owner-operator. To date, contractor Allied has adopted the cut and flit (place changing) method of development. Initially it was thought that at around the 2500m mark a switch from place changing to in-place mining would be required, but Mitchell said Allied had been able to continue with cut and flit.

As mining has become deeper the strata has begun to throw up faults ranging from normal faults to joint sets turning at 135 degrees to thrust faulting. Mitchell said it was still too early to say whether BHP would take a longwall through some of these shear zones. “We need to understand it a lot more and that will take a few more months of engineering and thought,” he said. “We know we have 1100m of excellent longwall conditions, followed by a good 1100m. What we don’t know is what the conditions will be like in these areas of greater depth. Until we have the whole geotechnical picture we can’t make a decision.”

The strata management plan dictates the use of four 1.5m bolts at 1.5m spacings in good ground with rib bolts set at one bolt per metre on either side. Meshing saves rib spall on corners. The next level of support, used when two structures intersect, goes to 2.1m bolts followed by 4.8m or 6m tension cables.

Mitchell said 3D seismic had been very successful in accurately predicting faults. One spin-off was that geologists have been able to progressively fine-tune the software against the actual fault once mining had intersected these features, which led to better interpretation on subsequent faults.

Exploration mining is scheduled to finish no later than December this year. Thereafter work on coal quality and geotechnical issues will continue until around February 2001. An independent geotechnical review will then be undertaken to assess whether there was any major risk to the project. The final feasibility study is expected to be completed by August, followed by the project being submitted for approval by the end of 2001 or early 2002.

OFS is on track for completion at the end of the March quarter. 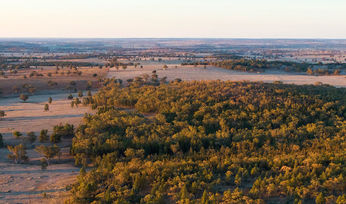 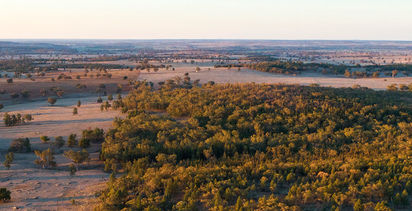