ENSHAM Resources has officially announced the return to service of its 3000-tonne Bucyrus 8050 dragline that became a swamped symbol of the devastating floods that rocked Queensland and its coal industry a year ago.

On January 19 last year the company’s namesake mine was hit by a torrent of water resulting from a downpour that triggered record flooding across the central region of the state.

Having no chance of escape, some 150 billion litres of water remained in the mine’s largest pit by the time the flood had subsided and the stranded dragline remained submerged until rescued by a unique company recovery operation in May.

Undertaken by a team of around 100 contractors and company employees, engineers attached high voltage cables from another dragline to power the stricken machine to walk out of the pit, with bulldozers providing the necessary steering assistance.

The thermal coal producer considers the solution to be a world first with Ensham chief executive Peter Westerhuis praising those involved.

“It was the work of these people that ensured Ensham could recover from the disaster and continue to operate without cutting jobs,” Westerhuis said.

“To have completed a task of this scale in this timeframe and with a high level of safety in difficult circumstances is also testimony to the skills of our people and safety procedures at Ensham.”

Given the substantial damage, Ensham said the dragline was completely dismantled at a nearby overhaul site then refurbished and rebuilt.

Westerhuis said the repair of the dragline was not only well done but an important final step in the mine’s recovery.

“Now that most of the floodwaters have been removed and we have refurbished the dragline we will be able to focus on a return to normal operating capacity,” he said.

Ensham said the mine was operating at 80% of full production and targeting 8 million tonnes of thermal coal production during this calendar year, up from 5Mt in 2008.

Shrugging off the commodity price and world economic turmoil months after the dragline went underwater, Westerhuis said he was confident Ensham would continue as a viable operation.

“Ensham has a very large 1 billion tonne coal resource and we are committed to recovering that resource in a sustainable manner,” he said.

“We also have a very strong team of people who have proven their capability in very difficult circumstances which puts us in good stead for the future.”

He added the company was reviewing a number of development options which will see the mine continue to be an important exporter of thermal coal.

International Longwall News understands the dragline has been back in operation for at least three weeks, but was unable to get figures for the total cost of the recovery operation prior to publication.

The tractor operator exited the tractor and waved at the dragline operator to get his attention. 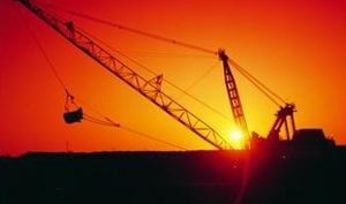 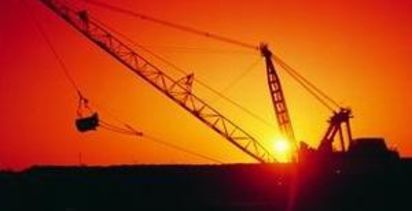