SANDVIK’S newest continuous miner, the MC350, will begin cutting coal as early as March on trial at a US mine, after the machine made its public debut at MINExpo in September last year. 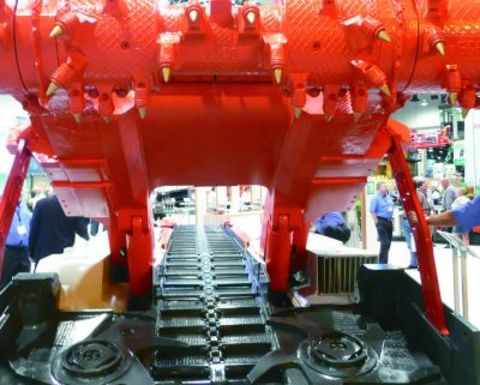 The cutter head holds an integrated scrubber and water spray bars, both being able to be selected for left or right discharge.

The machine weighs 66 tons with a 23psi ground pressure.

Reumuller said Sandvik was also developing a larger continuous miner, the MC450, which he expects will be launched in the second quarter of 2009. The MC450 has been designed for higher seams and features greater horsepower with a 540kW cutter head.

Efforts are progressing to advance automation and zero entry mining in the underground realm. 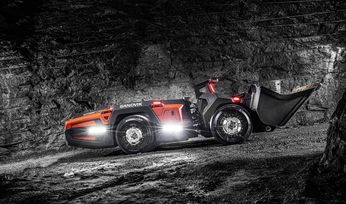 Another bolter from Sandvik