INTERNATIONAL producer Rio Tinto Group will appoint Jan du Plessis as its chairman of the board, replacing Paul Skinner.

Du Plessis’s appointment as chairman will be effective on April 20, at the company’s annual general meeting, while Skinner will retire from the board on the same day.

The new chairman is not a newcomer to the group, having first joined the board as a non-executive director last September.

The role was originally intended for Tata Steel Europe deputy chairman Jim Leng, but he resigned unexpectedly in February after less than a month as chairman-elect.

At the time, the company’s Australian and London boards asked Skinner to stay on as chairman until midway through this year.

"Our immediate focus must be on giving Rio Tinto the best possible platform to create shareholder value and to weather the tough and uncertain global economic conditions,” Du Plessis said in a statement issued yesterday.

“Pursuing the completion of the transaction with Chinalco will give Rio Tinto this platform, from which we will be even better placed to prosper when we see economic recovery."

This week Australia’s Foreign Investment Review Board confirmed it would be taking an additional 90 days to look into Rio’s proposed equity deal with China’s state-owned Chinalco, the Chinese Aluminium Corporation, which would give the latter 18% of Rio, estimated to be worth almost $A30 billion.

Du Plessis is on the boards of three other organisations, including British American Tobacco, Lloyds Banking Group and Marks & Spencer Group.

The University of Stellenbosch, South Africa, graduate previously served as group finance director of Richemont and chairman of a large, UK food producer, RHM, which was bought by Premier Foods.

Despite their pain, the PKKP continue to work with Rio Tinto. 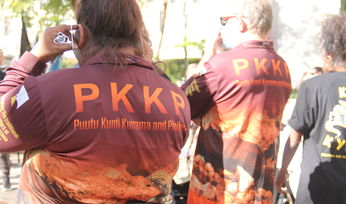 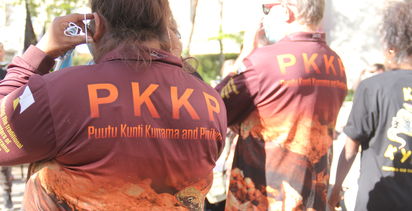