STRONG spot sales, particularly to China, have played a role in record first-quarter sales for Canadian producer Grande Cache Coal and justified a positive revision of its outlook for the entire fiscal year.

For the three months ended June 30, the company sold 510,000 tonnes of metallurgical coal, its largest sales volume to date. For fiscal 2010, the previous guidance of 1.2-1.4 million tonnes has been positively updated, with GCC now expecting total sales of 1.3-1.5Mt.

The company cited spot sales to date behind the decision to increase its outlook, but also said it was seeing a “modest” demand recovery from its primary customers versus the latter part of the 2009 financial year.

To keep up with the jump in demand, the company hired more than 40 new employees across its surface and underground operations.

As the second quarter progresses, GCC said fiscal 2010 average sales prices should range between $US115/t and $125/t, including its spot sales and carryover shipment commitments.

The expectation also takes into account negotiated contract sales for the new coal year, which commenced April 1, with GCC noting the range could vary as new market sales were secured or additional spot sales negotiated.

Next on the docket, the company will take delivery of several pieces of new equipment, including eight new Komatsu AC 830E haul trucks and a new Hitachi EX5500 hydraulic excavator, for the development of the No. 8 surface complex later this year.

“The accelerated delivery of the haul truck equipment this year is expected to result in fiscal 2010 capital expenditures approximating $C85 million, representing an $18 million increase from previous guidance,” GCC said.

“Approximately $46 million of the capital expenditures is for the acquisition of new surface mining equipment and approximately $20 million is for the development of the No. 8 surface mine and the No. 12 South B2 underground mine, pending receipt of regulatory approvals.”

While GCC is still working with regulatory officials on its application and permit licence for No. 8, it said that progress had been made since the documentation was initially filed last March. It expects the approval will be received by the northern autumn.

In the meantime, it has hedged $US45 million in US dollar revenues via a set of monthly agreements to April 2010. The average rate will be $C1.157 to each US dollar.

"Amidst continued uncertainty in the global economy, we were able to adapt to changing market conditions through spot sales that led to record sales volumes in the first quarter," GCC president and chief executive Robert Stan said.

"We will continue to pursue new market opportunities and spot sales and adjust our operational plans to deal with the current economic climate, while at the same time positioning our company for expansion as market conditions improve. The pending approval of the No. 8 surface mine will improve our ability to manage production levels to meet demand at a time when labour, equipment and other resources are more readily available than they have been in the recent past."

Hrabar said COVID-19 had made expanding the global team difficult. 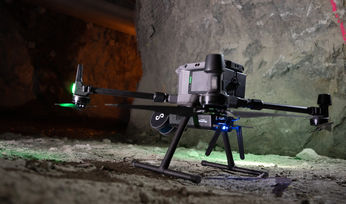 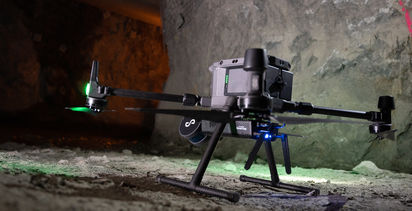 Worker shocked but not hurt

Mining not just about dirt