ResCo Underground Services Technical and Consumables general manager Brian McCowan, whose pedigree is with ACIRL and as a geotechnical consultant, told International Longwall News the company had developed several technologies in-house that were all intended to increase safety.

The three new products include a cable bolt system for secondary support; the Meyco 367 foam as a cavity filler; and the Meyco 364 Flex as a strata injection binder to replace the use of polyurethane resins (PUR).

ResCo and BASF have joined forces to introduce these new resins into the Australian market.

The cable bolt system spent five years in development as ResCo strived to introduce a system that would increase safety through eliminating the use of hydraulic tensioners.

“There was a definite need to get rid of the heavy hydraulic tensioners. We didn’t want our people exposed to hazards associated with lifting that heavy gear and there has been a number of incidents reported throughout the industry,” McCowan said.

The cable bolt has a patented head assembly which enables immediate tensioning through a nut-based system rather than using hydraulics.

The cable bolt system has been designed to be installed in 28mm diameter holes with the option of post grouting without the requirement for grout or breather tubes in the hole.

The product was launched to the market last November with Xstrata’s Tahmoor Colliery ResCo’s biggest customer to date.

McCowan said large-scale trials were also being undertaken at numerous other mines in New South Wales and Queensland.

The Meyco 367 foam was designed to lower workers’ exposure to toxic chemicals and be simpler to use.

McCowan said the foam had no phenols, formaldehydes or sulfuric acid and had a low toxicity index of 2.38 compared to PUR at 4.43.

The foam operates under a bulk closed system where the product is transported underground in 1000-litre Palecon containers so workers aren’t exposed to spilling chemicals and manual handling of drums.

The foam was recently successfully used to fill a void and control water from a rock fall in a tunnel boring machine tunnel at the Ok Tedi mine in PNG.

The client, Redpath Mining, had its 6m diameter TBM back in operation a few days after the fall.

The Meyco 364 Flex is a strata binder designed for rapid stabilisation of coal and rock. The product has a 1:1 mixing ratio to lessen the chance of incorrect mixing.

McCowan said the product had a low exothermic reaction compared to PURs. He said the resin didn’t react with water so it was good for sealing water, gas and air leaks around bulkheads and ventilation seals.

Like its sister Meyco product, it operates as a closed bulk system, so is easy to handle and transport.

BHP’s Crinum Colliery in Queensland has recently successfully used the product to stop water leaking around a seal.

McCowan said the company’s diverse capability was holding it in good stead in the current financial climate. 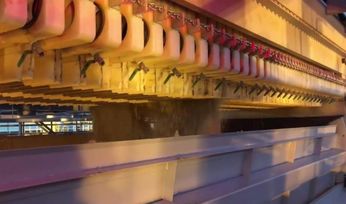 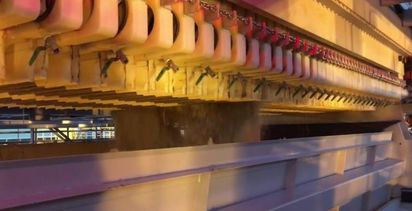