AS drilling continues at the new Raven underground complex at Vancouver Island, producer Compliance Energy says the positive results so far have allowed the resource to be upgraded.

A total of 20 holes have been drilled to date and 4962 metres have been completed as part of the feasibility study for the project, due to be completed in the second quarter of next year. The total permitted program includes 53 holes or 15,000m.

“The results of this year’s drilling will allow a significant portion of the previously reported inferred resources to be upgraded to either measured or indicated,” the company said.

The primary area of economic interest is Seam 1, which Compliance says has been intersected in all 20 holes completed so far. While the previous resource report in 2007 anticipated a “typical” thickness of 2.8m for the seam, the average thickness actually being found is 3.23m.

Also on the company’s radar is Seam 3, which has been intersected in 16 of the drill holes. Compliance said the mineable areas of the seam averaged 2.61m, about 1.11m above the “typical” thickness of 1.5m.

“A basic geophysical logging suite of gamma, resistivity, caliper, density and deviation have been run on all holes with sonic, dip meter, acoustic televiewer and neutron being run on selective holes,” the producer said.

All the intersections, it added, have been cored and sampled ply-by-ply and turned over to Gwil Industries’ Birtley Coal & Minerals Testing in Calgary to determine washability and quality. It is anticipated the results will be returned by the northern autumn of 2009.

Compliance began exploratory drilling at Raven last month and retained consulting firm Pincock Allen and Holt for the feasibility study. It said at the time it had secured three drilling contractors and a total of four drilling rigs.

Just a few weeks before, the company had reported receiving the underground exploration permit for the British Columbia complex from the province’s Ministry of Energy, Mines and Petroleum Resources.

According to a technical report prepared by consultant OR Cullingham, Raven contains 39.09 million tonnes of measured and indicated reserves and inferred resources of just over 59Mt.

“The Raven coal deposit is inherently a high-volatile A bituminous metallurgical coal and the testing will help determine the ultimate wash plant process and forecasted plant yield and the coal's suitability for sale on the international metallurgical, thermal and PCI coal markets,” the producer said.

According to Compliance’s website, the complex is expected to begin production sometime next year at a minimum rate of 1Mt per annum.

HPA samples from the trial will be sent to EAG Laboratories in New York. 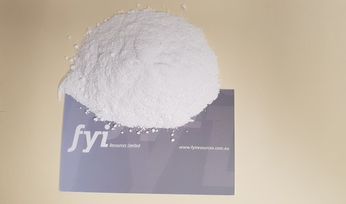 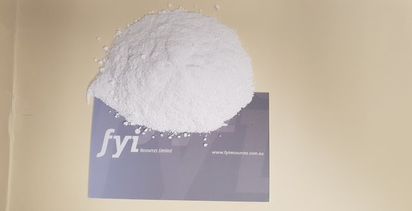