MASSEY Energy foreman David Runyon has received one year of probation and a $US100,000 fine for his role in the January 2006 Aracoma mine fire that killed two workers.

According to the Associated Press, Runyon pleaded guilty earlier this year after admitting he failed to conduct federally required safety evacuation drills prior to the January 16, 2006, conveyor belt fire that took the lives of Don Bragg, 33, and Elvis Hatfield, 46.

According to local newspaper the Charleston Gazette, US District Judge John Copenhaver Jr told Runyon his crime did not cause or contribute to the fire or the resulting deaths, but that the vital nature of escape drills was “exemplified” by the incident’s outcome.

"You made serious and grave errors in not conducting the drills that were expected of you as foreman," Copenhaver said to Runyon.

The foreman was initially charged with five counts, including three felonies for falsifying mine safety documents to make it appear the drills had been performed and completed. He reached a plea deal in February that dropped the three felonies and one misdemeanour in exchange for his assistance in Aracoma’s ongoing criminal investigation.

Before the agreement, Runyon’s maximum sentence could have been as much as 17 years in jail and a fine of up to $950,000.

Runyon was a foreman for one of two crews at Aracoma’s Alma No. 1 room and pillar mine. His crew, working further away from the fire, was able to escape. Bragg and Hatfield somehow became separated from the rest of the group.

In January, the mine pleaded guilty to 10 charges from the US Mine Safety and Health Administration and paid its assessed $2.5 million fine. It also agreed to pay $1.7 million in fines to rectify more than 1300 federal civil violations.

Neither MSHA nor Massey Energy had responded to an ILN request for comment by press time.

The incident involved residual build up and constriction of coal fines. 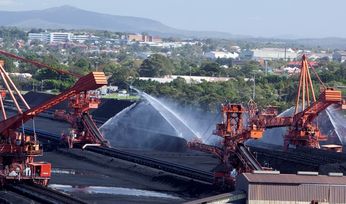 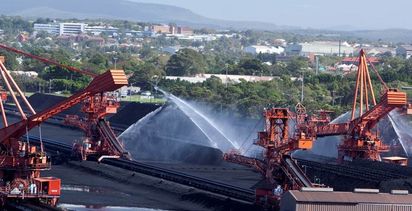 Mallee stocks up on nickel