The two companies co-hosted a large group of shareholders, media and industry guests on Wednesday at the Bucyrus facility in Houston, Pennsylvania.

Guests were given the opportunity to look at the entire system up close before it is installed at Cliffs’ Pinnacle operation near Pineville, West Virginia. Executives from both confirmed to ILN that installation would likely occur in November.

Several presentations were offered on the importance of coal, specifications of the new system, and how the future of mining can go hand-in-hand with the success of the plow across the US.

The system has already seen much success in the coal mining regions of China, Germany, Mexico, Poland, Russia and other areas internationally.

Longwall mining does allow the most effective underground coal extraction method today, Bucyrus officials pointed out, but a majority of reserves across the globe measure between 59 inches (1.5 meters) and 91in (2.3m) in thickness. The plow longwall is the preferred method for medium and low seams that fall below 71in (1.8m).

“The question is whether the use of a shearer or of a plow longwall system is economically better. Only a comprehensive comparison of both … methods, looking at the latest system technology available, results in an in-depth analysis of all relevant geological, technical, procedural and economical aspects allows operators to find the best solution to mine their individual deposit.”

But other factors must be considered for US operations, particularly those of lower seams, including the economic advantages of speed, lower maintenance, less rock cutting, lower consumables and the obvious safety benefits to a completely automated system that literally would remove the workers from the coal face.

Bucyrus said it was surprised it had taken this long for a US operation to take the plunge for a plow system, but that historically there had been a reason for the hesitation.

“Despite the fact that Bucyrus automated plows are in service around the world, North America has been reticent to embrace this technology,” one executive said.

“This reluctance has been based on a performance perception dating back to the 1970s when plow systems were not automated and did not possess the cutting and conveying power of today’s systems. But after exhaustive research into the most efficient mining method for low seam coal, Cliffs decided to opt for an automated Bucyrus plow longwall as the safest, most cost-effective and most environmentally friendly way to extract coal from low seams.”

The announcement is a landmark for Cliffs, who not only has the distinction of possessing the first fully automated plow system to go online at any operation in the nation, but also is entering a new era of safety and productivity in low-seam operations.

However, it is also a keystone launch for Bucyrus, which is commencing a nationwide marketing promotion of advanced and efficient technology to an industry ready for the role the plow will play.

The OEM’s executives noted at the event that the company hoped to ramp up to production of three units per year.

For more on the launch, the specifications of the Bucyrus automated plow system and the benefits of utilizing a plow over a longwall shearer, check out the August 2010 edition of Coal USA, out soon.

With a mine life of 23 years Nolans is expected to produce 4357t of NdPr oxide per year. 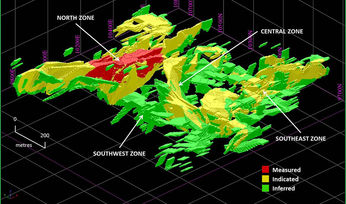 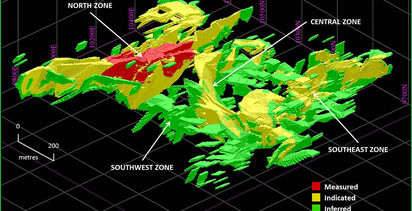 Komatsu gets Joy for $3.7 billion