BHP Billiton Illawarra Coal will be the anchor tenant for the University of Wollongong’s new research and commercial precinct, Innovation Campus.

Illawarra Coal has secured a lease for 2000 square metres of commercial space on the top floor of iC Enterprise 1 for its new headquarters, with management and administration to be relocated from the company's current headquarters in Port Kembla when the building is completed in mid-2011.

Illawarra Coal and the University have a history of partnership through the Faculty of Engineering's School of Civil, Mining and Environmental Engineering encompassing research, scholarships, graduate roles and publications.

Illawarra Coal general manager sustainable development and external affairs John Brannon said he was pleased the company was continuing its strong involvement with UOW and the Illawarra as it develops the Appin and West Cliff mines.

"As one of the region's major employers, we are delighted to be involved with the University of Wollongong's Innovation Campus, which will be a central hub for local, state, national and international businesses well into the future," Brannon said.

"Our move to the Innovation Campus marks a new stage in the proud partnership between Illawarra Coal and the University of Wollongong, which includes a long history of collaborative industry research, scholarships for mining engineering students, jobs for graduates, and support for community initiatives, such as our major sponsorships of the Science Centre and Planetarium and the annual Illawarra Coal Regional Science Fair held at UOW.

"Illawarra Coal has been operating in the region for close to 80 years, and as we look to the future with our Bulli Seam Project, which aims to ensure the continued operations of our Appin and West Cliff Mines for the next 30 years, it is with pleasure that we sign this lease."

Commenting on the agreement, UOW vice-principal (administration) Chris Grange said: "The University of Wollongong is delighted Illawarra Coal has selected the Innovation Campus for its new headquarters. The aim of the Innovation Campus is to bring local and international businesses together with leading researchers and it is fitting that our first major commercial tenant is a global company with historic links to both the Illawarra region and the university."

Located in the heart of the Innovation Campus, iC Enterprise 1 is a $40 million A Grade commercial building featuring a 4.5 Star NABERS (National Australian Built Environment Rating System) rating, state-of-the-art design and large floor plates of up to 2600sq.m.

Both technologies can potentially cut emissions in steel mills by up to 30%. 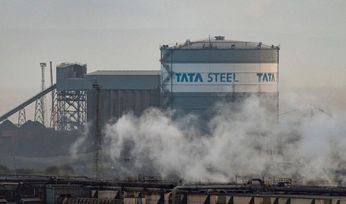 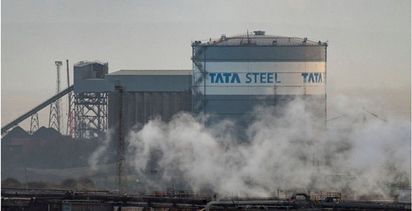 It's a gas for BHP's ships