Aston float on the way

NATHAN Tinkler’s Aston Resources completed the book build for its $400 million initial public offering late on Friday. Asian commodities traders Noble Group and Itochu Corporation will become smaller shareholders than expected while the float is due for completion on August 23.

While Aston was seeking $8.20 a share, according to initial reports citing sources “close to the deal”, the finalised offer price was much lower at $5.96 per share, with less interest than expected.

A source also indicated that Hong Kong-based Noble and Japan’s Itochu Minerals would get a combined 25% stake in late July.

But an Aston spokesman said this morning that Noble would gain a 4.9% stake under the IPO while Itochu would take a 2.75% stake.

The indicative market cap is expected to be $1.2 billion once the IPO is complete.

After the float Tinkler is expected to hold 36% of Aston through his private company Aston Resources Investments.

“The offer is a significant step for Aston Resources as we move into an important phase in the development of the Maules Creek project,” he said.

“We are excited by the opportunity the Maules Creek project presents, with its world-class reserve which is expected to produce premium quality thermal and metallurgical coal for in excess of 30 years.

“Importantly, the Maules Creek project is located in a well established coal producing region, which is close to critical infrastructure.”

Aston lodged the prospectus with the Australian Securities and Investment Commission on Thursday.

Settlement of the offer is expected on August 17 while Aston shares are set to start trading on the Australian Securities Exchange on August 23.

Located about 18 kilometres northeast of the town of Boggabri, the Maules Creek project is targeting 13 million tonnes per annum of raw coal for at least 21 years of open cut mining, with development scheduled to start in the December quarter of 2011.

The coal reserves of the Gunnedah Basin project total about 240Mt while total resources are estimated to be 610Mt of thermal and semi-soft coking coal.

Aston is seeking government approval for the construction of a rail spur, rail loop and associated load-out facility to link up with the Werris Creek to Mungindi railway line.

Aston purchased the Maules Creek project from Rio Tinto subsidiary Coal & Allied for $480 million cash in November – with Tinkler well on the way to making a profit from this move.

The former sparkie kicked off his investment career by selling his Custom Mining business to Macarthur Coal for $247 million back in 2007.

Gives Austin a manufacturing, sales and support presence in Africa. 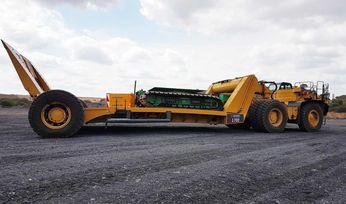 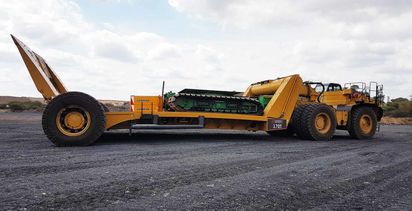