Suppliers, operator team up for Minegrid

INCREASED roof and rib bolting safety and speed were the top considerations for a team from Huesker, JH Fletcher and operator Oxbow Mining in the development of the new Minegrid mesh. 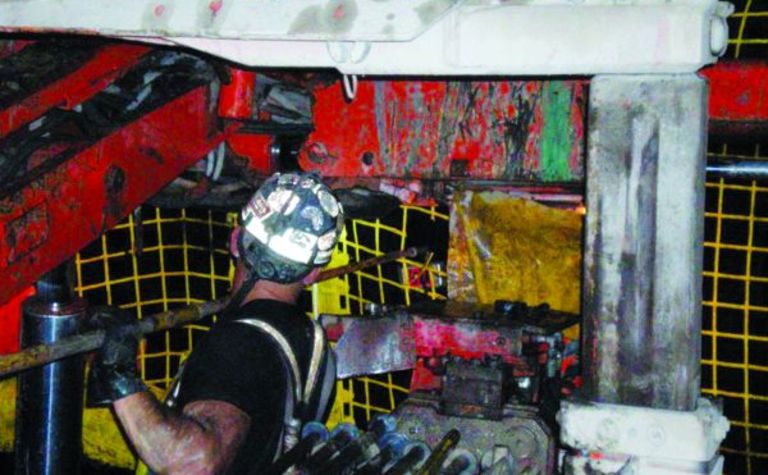 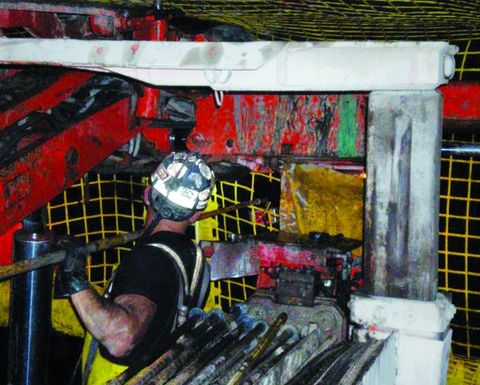 Huesker mining market manager Tom Bailey told Coal USA that the management of the Oxbow mine in Colorado had been seekinga safer roof and rib meshing solution forsome time. In fact, production superintendent Jens Lange and maintenance superintendent Jamie Beard had tried many products and methods to reduce material handling injuries as well as protect miners from falling intersection materials and proximity issues.

At the same time, JH Fletcher western regional manager Bill Kendall was seeking ways to improve roof bolter operator safety relating to the OEM’s products, and a desire to explore opportunities brought Huesker and Fletcher together.

“With pizza in one hand and a blank sheet of paper in the other, we sketched some simple dispensers that would mount on the TRS boom of the Fletcher machines,” Bailey said.

“The goal was to make the dispenser easy to install, easy to use, and adaptable to different conditions. Bill told me what his bolters could do, and I told him what our Minegrids could do, and we came up with a simple mesh handler that works very well.”

The first prototype dispenser was installed on a bolter at the Oxbow operation in the fall of 2009, and shortly after 55 rolls of Huesker Minegrid was placed in a section of the mine. Of particular interest to all involved was the stability of Minegrid after being passed by the longwall; the resulting feedback, Bailey noted, was very positive.

“The grid held up real well when the longwall passed,” Beard said.

Minegrid mesh was designed for placement on the roof and rib simultaneously, allowing full coverage – including the important roof/rib intersection.

Huesker designs the individual rolls to meet the specifications of the mine customer, allowing the product to have anideal fit.

“For example, if a mine is making 35-foot cuts, has 20-foot-wide entries and needs to put 6 foot of Minegrid on the ribs, we make individual rolls to fit that exact specification,” Bailey said, noting that the product was more lightweight than the traditional mesh and, at about 100 pounds, could be easily handled by two workers.

Once a roll is placed in the dispenser and the roof bolting unit enters the cut and is centered, Minegrid can then be pulled from the dispenser over the temporary roof support pads and anchored to the bolter’s material handling clips. Two “snubbers” push the grid into the intersection area and keep the mesh taut as the machine trams forward.

As they progress into the cut, “curtains” of Minegrid fall against the ribs and are bolted to the ribs. The operators and the miners advancing the vent tubing and cables are fully protected.

“This system works well for us because it allows us to mesh the ribs as we bolt the roof,” Lange noted. “When the miners advance the vent tube, the rib is fully supported.”

The use of Minegrid also negates the need for anyone to be between the bolter and the rib, as would typically be done when bringing steel mesh to the unit. Operators remain at their stations, which also reduces the potential for slipping and tripping hazards that can occur as workers board and dismount the roof bolter.

Huesker has been creating and building longwall recovery mats since 1994 for customers worldwide, and over time it has grown the number of strengths available to the mining community. For the project with Oxbow Mining and JH Fletcher, the company designed the patented Minegrid 65 SP, which has a tensile strength 10% stronger than eight-gauge, 4 by 4-inch welded steel mesh.

With built-in strength bands in the grid, the seams are strengthened when the product is installed and serve as good anchoring points to hang ventilation tubing and cables. Made with high-tenacity polyester and coated with fire-retardant PVC, Minegrid is non-conductive and resistant to corrosion – meaning that these issues can be given a solid, long-term solution.

Both JH Fletcher and Huesker are discussing this new system and similar systems with several other US and overseas mines.

“With the improvements in safety, potential improvements in production, and theability to adapt the system to differing conditions, this will be a great step forward,” Bailey said. 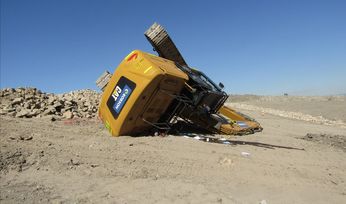 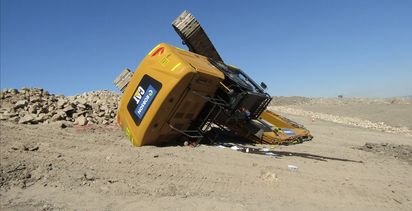